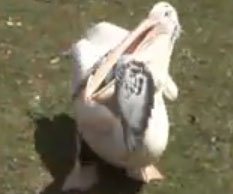 We haven’t heard too much from Bill Gates and his thoughts on Apple’s latest product, the iPad. SF Gate were fortunate to spend a few minutes with the man and briefly discussed the crumbling newspaper and his initial experiences on twitter.

The most interesting question however was regarding Bill Gates’ thoughts on the iPad. Unsurprisingly he didn’t say too much. His first words, “it’s ok” probably aren’t the words Steve Jobs to have hoped for when building the device but this is Bill Gates, and he’s talking about Apple. He did continue with his appreciation for the devices design quality saying

“[Steve Jobs] does good design, and [the iPad] is absolutely a good example of that.”

This is a slightly more positive tone from the Microsoft founder who back in February said “You know, I’m a big believer in touch and digital reading, but I still think that some mixture of voice, the pen and a real keyboard – in other words a netbook – will be the mainstream on that,” he said. “So, it’s not like I sit there and feel the same way I did with iPhone where I say, ‘Oh my God, Microsoft didn’t aim high enough.’ It’s a nice reader, but there’s nothing on the iPad I look at and say, ‘Oh, I wish Microsoft had done it.’”

Like or loathe the iPad, the big question in my mind is what will Microsoft’s response be. Will we ever see the much hyped Courier? We first heard of the Courier back in September 2009. Microsoft CEO Steve Ballmer played dumb when asked about it but we’ve seen some signs that it’s in the works.

The fear is if Microsoft is as slow with responding to the iPad as it has been with the iPhone, we could be waiting some time. Microsoft is still a long way off competing with the iPhone which has been around for almost three years now. Sure the company has Windows phone 7 on the way and it looks  impressive but that’s not being released until the end of the year. By then, Apple will have had its 4G available for almost six months assuming it gets released on the 22nd June as many predict…

Read next: 6 Startup tips: How to win over your audience at The Next Web conference