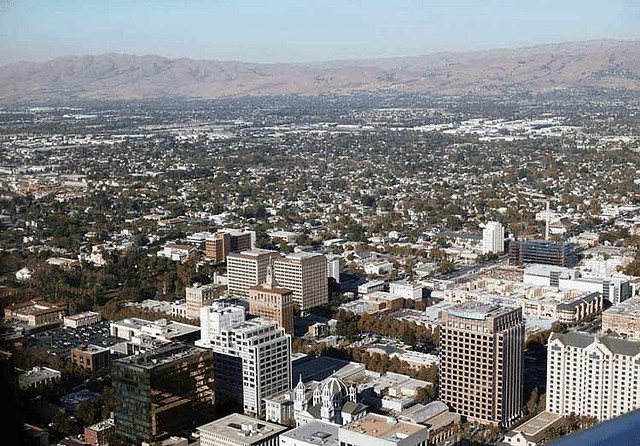 After traveling around the world visiting and talking to entrepreneurs, I’ve come to the conclusion that there’s no “magic” in Silicon Valley. That’s not to say that amazing things don’t happen here, and there aren’t plenty of reasons why starting a company in the Bay Area might be the best move you can make.

I’ve spent time in New York City, and I really love what’s going on there in the tech world. While Silicon Valley is the true heart of the technology world, there are cool things happening in cities all over the globe.

But I live in Silicon Valley, and it’s for a reason. Everyone who I know who has ever worked in tech either ends up living here or visiting quite often for meetings. On top of having some of the most amazing creative minds and talents in engineering, there is a sense of camaraderie that I can’t quite put into words…but I’ll try.

I’ve worked at companies that had their fair share of competitors. Even though our companies competed, I still had a close bond with the employees at those rivals. They worked hard, we worked hard, and sometimes we worked on the same problems, but we were coming at them from different angles.

For this reason, I kind of got tired of the current ‘Instagram for video‘ battle. Sure, there are a bunch of companies working on creating great experiences around video, but that’s where the similarities end.

The amazing part about Silicon Valley is that you can hang out in a bar and talk to people who are in the same field as you, have ideas to share, and are kind enough to share them. You might be surprised, but I hang out with technology reporters from other publications all of the time. We talk about life, but mostly startups and technology trends. We don’t hate each other, for the most part, and we feel like we’re all in “this” together. I can write about the same thing as someone else, but from a different viewpoint and angle.

The same goes for engineers who work at Facebook and Google. They don’t sit around talking about how the other company sucks, they interact with one another and sometimes start companies together. That’s the true exciting part about Silicon Valley. You can have a conversation with someone one day, and end up starting a new venture with them the next.

There’s a feeling of community once you step into downtown San Francisco that you can’t find elsewhere. It’s palpable, very real, and it’s why I love the city. We’re a city of creators, trailblazers, and the best people to work worth don’t hoard all of their ideas for themselves.

The word “networking” annoys me for the most part, because it sounds really manufactured. When you go to a conference or an after-party, there’s a period of time known as “networking.” Basically, the best “networking” I’ve ever done is completely organic and has come out of need. That’s the best part about Silicon Valley. If you have an idea for something, people are willing to point you in the right direction to find like-minded people. It’s almost liked LinkedIn in real life, which makes it no surprise that the service was conceived here.

I have literally never hit a dead end when it comes to technology. I’ve had questions, wanted to start projects, and hear about what people have gone through and learned before me. There is no shortage of folks who are ready, willing, and able to share their experiences. It also helps that Silicon Valley is pretty compact, meaning it’s easy to get from say, San Francisco to Palo Alto.

You never know who you’re going to run into at a bar, coffee shop or conference. It’s very likely that you’ll bump into someone who you follow and admire on Twitter, or have worked on a product that you’ve used in the past. As long as you’re not an awkward fanboy or girl and simply lead with “Hey I follow you on Twitter!”, it’s rather easy to strike up conversations with geeks.

A lot of the startups in San Francisco have open houses where they talk about some of the technologies they use and the hurdles they face. It’s a smart move as it’s a great way to bring potential outside talent to the company by simply having a conversation.

If you’re a developer and are looking for a gig, it’s smart to start attending these open houses and participate. You’ll be able to build up a network of peers in your field, become a part of actual solutions, and you never know…you could end up working someone you wouldn’t have thought you would have.

These things just “tend to happen” here. Every single day.

I highly suggest reading the book “Get Lucky” by Thor Muller and Lane Becker. They’re good friends of mine, and I used to work with them at Get Satisfaction, so there’s your disclosure. Otherwise, the principles of which they speak are fantastic and encapsulate the wonders of Silicon Valley. 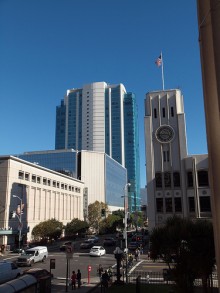 Those of us who have been around technology most of our careers, and specifically in Silicon Valley, have a way of filtering out the fakers. With any industry comes self-professed “experts” who have basically done nothing. You can’t get far here by doing that, as you’ll quickly be filtered out by the community.

Similarly, those who don’t make good business partners, board members or investors are also filtered out and the tight-knit tech community will make sure that you don’t fall into the same traps that they did.

I’ve had conversations about investors in the past with companies and they’re very honest with the good and bad parts of the relationships they’ve had with firms. While I won’t share specifics, if you’re looking to raise money in the Valley, simply ask those who have done it before you.

For example, if you’re interested in Y Combinator, talk to one of the founders who have participated. Most of them will be more than happy to talk to you about their experiences.

The food and weather aren’t so bad, either

I was born and raised in the Philadelphia area, and once I moved to the West Coast, I could never imagine myself dealing with the East Coast weather again. While it can be kind of foggy in San Francisco sometimes, the weather is fantastic overall.

It’s never overly rainy, cold, or hot. There’s a nice even environment that makes taking a walk, hike, or boat ride quite joyous. You never feel boxed in when you’re anywhere in Silicon Valley. Everything is fairly open and easy to navigate, so you never feel “stuck.” There’s a calmness and relaxed feeling that friends of mine have enjoyed upon visiting.

Great restaurants, coffee shops and shopping are easy to find, too. Since there’s a lot of technology, there’s a lot of fun things to do too. This makes people love living here as well as working here. Services like Uber and Exec got their start in San Francisco, because it’s such an easy place to navigate and get what you need.

Comfort is key when you’re working tons of hours daily, and Silicon Valley is quite comfortable on many levels.

It’s not for everyone

Like I said, it’s hard to put into words what’s so awesome about the Bay Area. It’s not for everyone and I’d never suggest that you can’t be successful if you lived and worked elsewhere. Foursquare, one of the companies that I admire quite a bit, got its start in New York City. It has also built an office in San Francisco, which is no surprise.

If you like being around people who are similar to you, but aren’t trying to be the same as everyone else, then Silicon Valley is the place to be.

You can find ten people who are passionate about the same thing, but they have ten different opinions on it. And as you watch those ten people have a conversation over a beer, you can see the twinkle in their eye as they say to themselves “Where else could I be having this conversation right now?”

The answer is, not many places.