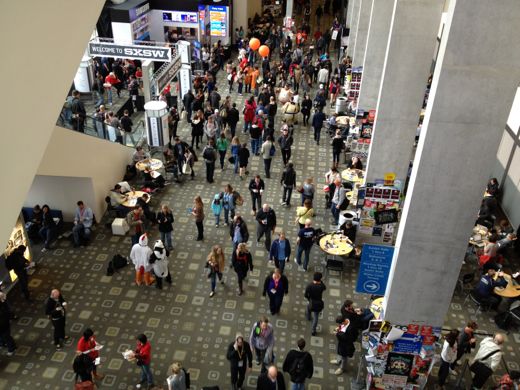 It’s all over now, save for the memories, but SXSW 2012 will definitely hold a special place in my mental history. This year was the first time that I attended as a member of the media, but I also refused to schedule any meetings, pre-plan any sessions or do anything else that could sway me from my goal: to listen, and to find the buzz, rather than being told what the buzz should be.

You see, SXSW sets the tone for the upcoming year. Foursquare, Twitter and SCVNGR all had marvelous traction brought about from the festival and it’s now expected that there will be a “winner” or “breakout” app each year. As such, the media is inundated with press releases, meeting requests and other, somewhat more-covert methods of communication (I found a note tucked into the side of my trusty backpack from a startup this year). We’re asked to arrange face time with these companies in hopes that they’ll get the added attention that media can bring.

But that’s all false pretense. What matters is what people are using, what they’re talking about and what they’re doing. SXSW could never be classified as a conference for “normals”, but it’s as close to normal as newly-released apps are going to get. The buzz at SX is created by use, not by press.

The Year of Path

“I’m not used to this at all,” says Path CEO Dave Morin. We’re inside of the most secretive, yet most oversold party at this year’s event, and Kenichi (a rather posh sushi spot that Path had rented for the event) is getting packed. The party was supposedly limited to 150 invitations, but there were easily 600 people inside and another 2-300 outside, waiting to get in.

Morin is referring to the buzz that Path has created, specifically since the launch of version 2.0 of the app. “We were just this small little company,” he says. But this year, Path is the app that mattered. Time and again, as I was walking through crowds, I saw people pulling out their iPhones and Android devices, connecting to the app, then pushing out information to other networks from it. In fact, the only app that I saw used more often was Foursquare, which is somewhat to be expected given the history of the company and SXSW.

Path flies in the face of traditional successes at SX. Instead of being the app that connects you to everyone, it’s the app that you use when you only want to connect with a few. For me, it was my sanity saver, because my 23 connections on Path are the ones who are most likely to be doing the things that I’d find interesting. It is, thus far, the perfect savior that turns information into easily-digestible data. From what I saw this year, I was far from alone in my love for the app and its service.

Tech evangelist Robert Scoble wrote here on TNW that you’d “run into” Highlight and Glancee at SXSW. As such, both of these apps were picked to be the clear-cut successes that came out of the conference. In reality? The only people talking about Highlight and Glancee were the tech media. I, quite literally, never saw them being used by anyone. In fact, the only mention I heard of either of the apps was when TNW’s Courtney Boyd Myers absolutely nailed the problem with Highlight attempting to gather traction at SXSW. 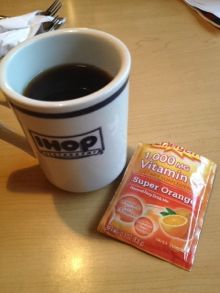 Yes, there were indeed winners at SXSW this year, but they weren’t the apps that people thought would win. In fact, if we look at what drove conversation, it would be easy to say that 2012 is the year when data became personal and important.

There is a notable difference between information and data. Information is everywhere. It’s unorganized, hard to decipher and smothering. Data is what happens when information gets curated into meaningful points that matter to the end user. At a conference the size of SXSW, Highlight was flooding people with information while Path was giving them data.

It’s game over for the information-gathering apps. As users, we’re done processing information. We’re ready for that work to be handled for us. For apps that can turn information into data, the time to succeed is now.

Read next: The Guardian's N0tice board opens to all, but can it carve a niche in the hyperlocal landscape?