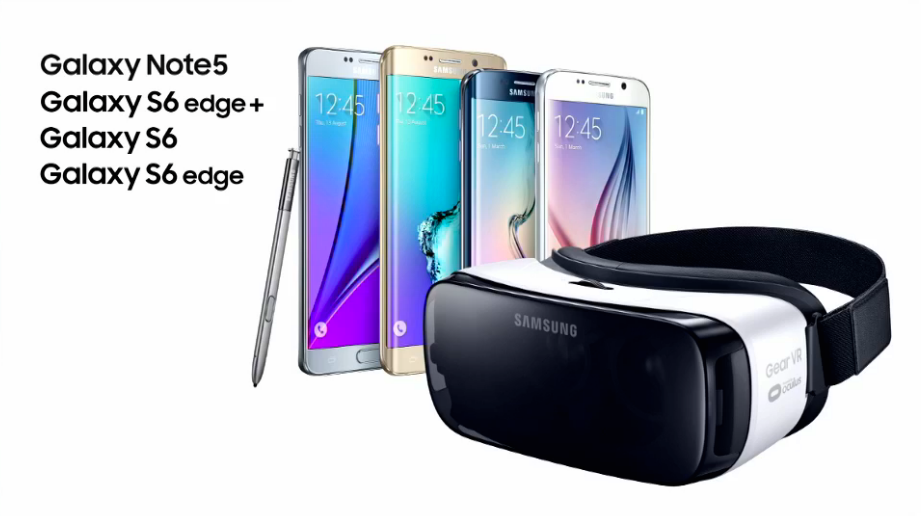 In what is perhaps a long time coming for VR enthusiasts who have expressed faith in Oculus CEO Palmer Luckey’s vision for mainstream consumer hardware, the Facebook-acquired brand is finally putting it all together.

Today at the keynote for Oculus Connect 2 in Hollywood, Samsung VP of Mobile Peter Koo announced a $99 Gear VR headset that will make use of Oculus technology and be ready in time for holiday shopping.

The hardware will be compatible with all of Samsung’s Gear products, including the Note 5, S6 Edge+, S6, S6 Edge. Koo said it will be available to ship on Black Friday.

The Gear VR will join the Oculus Rift, the heavy-duty proprietary VR headset designed to work with computers that is destined to drop in early 2016.

But it’s not just hardware coming — it’s also content. The new Gear VR will have access to Netflix — a partnership announced onstage. The company also announced Oculus Video, which will include the new Facebook 360 degree videos. Of course, it’s no shock that livestreaming platform Twitch will also be supported on the device.

Oculus has indicated that the GearVR and the Rift will both have access to the Oculus Platform, which will allow for third-party developers.

It’s clear that Oculus (and Samsung) are taking a two-pronged approach to luring people into VR. First, the Samsung Gear VR has a low entry price that will entice those casually interested in VR (or perhaps already fiddling with a Google Cardboard) to jump in and try a lightweight hardware solution.

Meanwhile, the Rift is the big-deal product for early adopters who are itching to play ‘Minecraft’ with their whole bodies and pushing the boundaries of where VR is going.