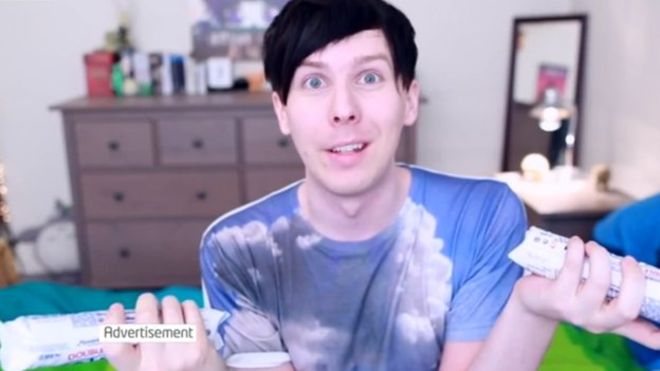 Hallelujah! If you’re the sort of credulous internet mook who takes the pronouncements of YouTube stars and assorted vloggers to be the gospel as told by St. Luke of the Holy Topshop Branch, you’ll no longer be tricked by ads… in the UK at least.

The Committee of Advertising Practice (Cap) has issued guidance on how vloggers should label and explain ‘paid content’ (that’s adverts to those of us who haven’t swallowed a dictionary of bullshit).

The move follows a ruling by the Advertising Standards Authority (ASA) last year that found YouTube creators had posted blogs praising Oreos, without clearly noting that they were paid…by Oreos.

The Cap guidelines outline the text which should be added to videos clarifying that content is sponsored or that a product placement deal is in place. It says:

A key rule under the Cap code is that if the content is controlled by the marketer, not the vlogger, and is written in exchange for payment (which could be a monetary payment or free items) then it is an advertisement feature and must be labelled as such.

Jolly good, but it doesn’t really count for squat. Native advertising has wormed its way into the modern media, laying its eggs in the belly of so many creative enterprises like the xenomorph in ‘Alien’, ready to burst forth any second.

The letter of the guidelines may be followed by the more scrupulous YouTubers, but the spirit will be flexed to the point of breaking. Vlogging is built on making cash from ads, with some extra garnish that comes from making your own products and merchandise.

A survey by Your Life – a UK government-backed campaign (quoted by the BBC) – found that 24 percent of 11 to 19-year-old girls surveyed considered fashion and beauty vlogger Zoella a role model.

Whatever the rules, vloggers will find ways to skirt, bend and break them without sanction. It’s in their interests and their viewers, on the whole, don’t care. They want the lifestyle and everything that comes with it.

Read next: Twitter for Mac just got the most disappointing update ever