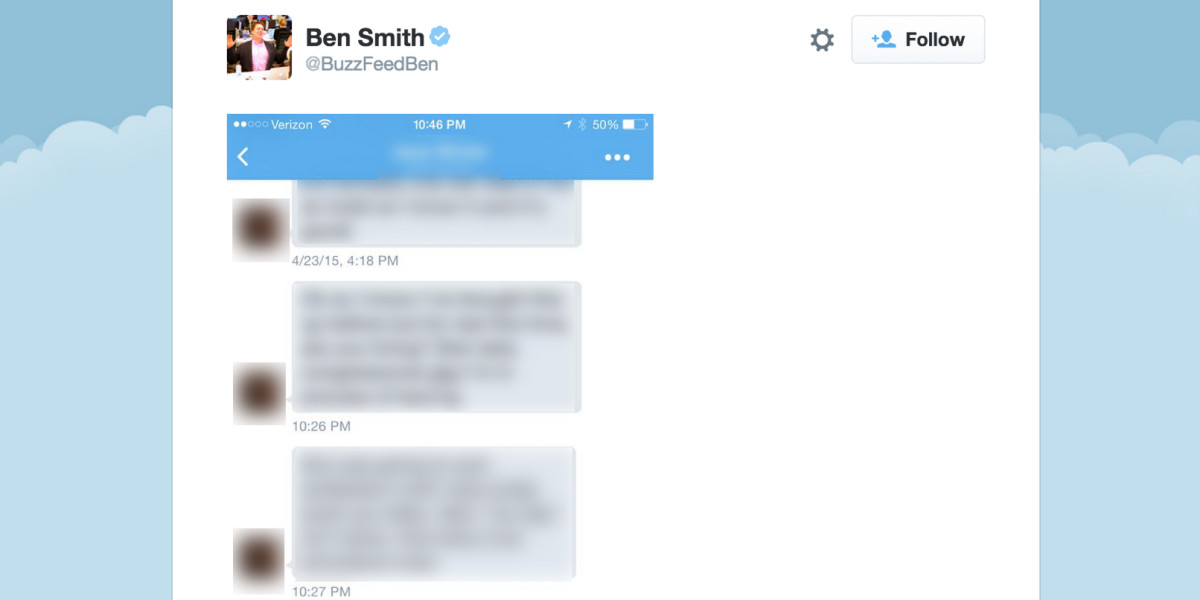 BuzzFeed’s Editor-In-Chief, Ben Smith, tweeted a screenshot of a private DM conversation between him and a reporter at The Intercept earlier today. In that exchange of messages, the reporter revealed that they are leaving the publication and inquired about jobs at BuzzFeed.

@brokenbottleboy it was accidental, and I'm an idiot.

Smith told me, via public Twitter replies, that he posted the image by ‘accident’ and cannot find the screenshot on his phone. He followed up by correcting his initial assertion, having found the offending screenshot.

@brokenbottleboy I don't know how it happened. The screeenshot isn't in my phone.

@brokenbottleboy correction, the screenshot is. thus, I'm an idiot, not hacked.

We are not naming The Intercept reporter here out of respect to them as it’s clear that they did not give permission for their messages to be publicly revealed. Of course, the details of the exchange have now been captured by many Twitter users and will be easily accessible via search.

I don't understand how you 'accidentally' tweet a picture of a screenshot.

Once something is on social media, it is very hard to erase it. It’s hard to believe that something like this happens entirely by ‘accident’, but I have to take Smith on his word at this point. He told TNW that he’s “mortified” at what happened. As you would be!

Read next: This isn’t clickbait – why you shouldn’t hate BuzzFeed