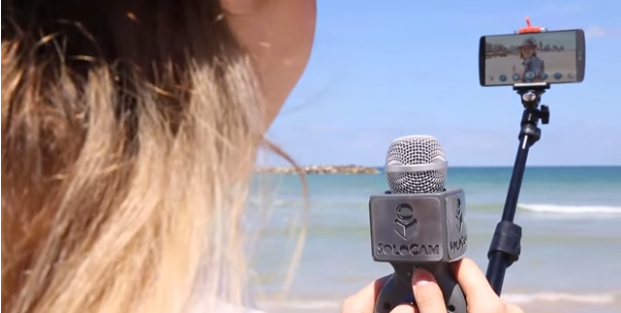 The selfie stick is both hugely popular and much maligned. Disney has banned them from its theme parks, for instance. But a (seemingly ill-fated) Indiegogo campaign is trying to turn them into must-have tool for reporters.

The $149 Solocam melds a handheld microphone with a selfie stick to create a one-person reporting rig. It looks utterly ridiculous.

However, its Israeli creator, Benny Goldstein, claims the HD mic combined with Bluetooth and an app makes it “a studio in the palm of your hand!”

Are self-shooting reporters the future of news? Probably. It already happens a fair bit, but the Solocam rig is almost certainly not the answer either professionals or amateurs are hankering after, however popular Meerkat and Periscope become.

Read next: The ‘selfie arm’ is both creepy and hilarious