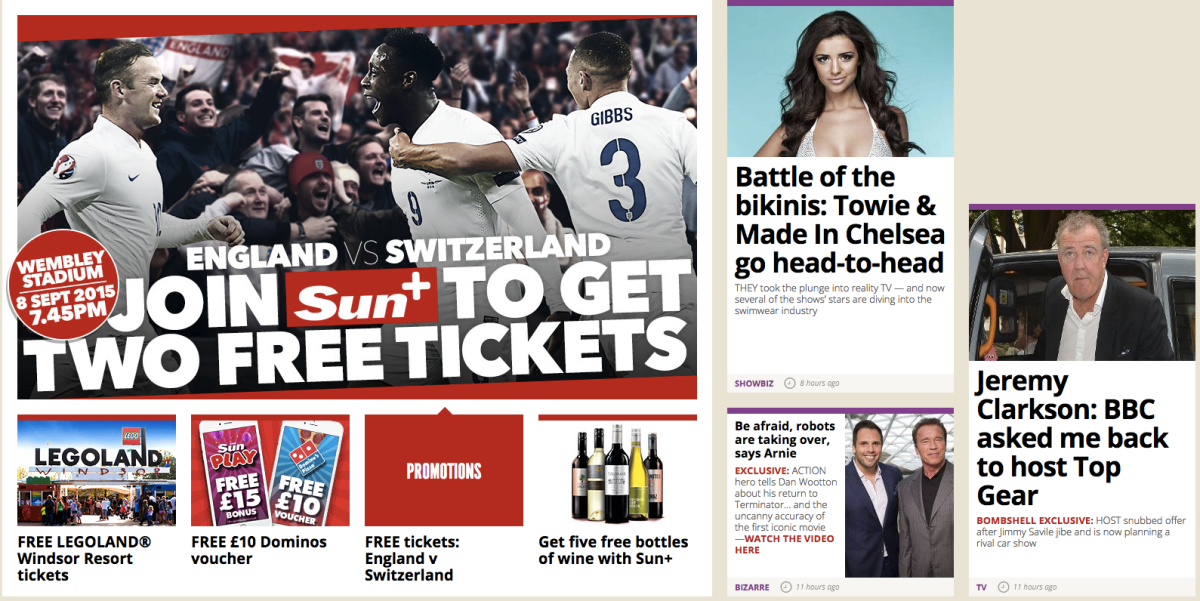 British tabloid newspaper The Sun has said it will be relaxing its paywall to make content more widely available from next month, The Guardian reports.

The Sun’s paywall has been in place since 2013.

By making select content available outside the paywall, it will be easier for readers to share with their friends and followers.

The news outlet will be curating content specifically for the new free aspect of its site, but there will be a number of other Sun stories on general news and sports available as well.

Other news outlets like The New York Times have taken a similar approach allowing traffic from social media services to dodge the paywall.

Read next: The BBC wants you to use your brain as a remote control

Read next: 10% off at the TNW Deals store this weekend!