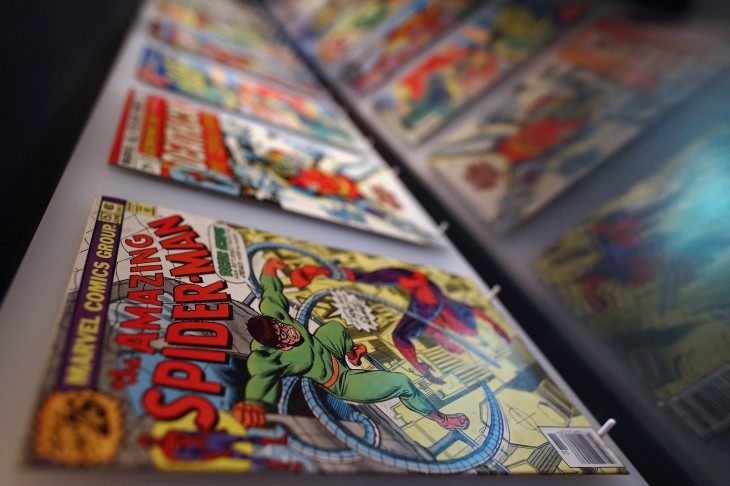 Alan Moore, the creator of iconic graphic novels such as Watchmen, V for Vendetta and The League of Extraordinary Gentlemen, is spearheading a new comic book app that will double up as an open-source toolkit.

Electricomics will be a free, 32-page digital edition featuring four titles. One of the titles, Big Nemo, will be developed by Alan Moore. The rest – Cabaret Amygdala, Red Horse and Sway – will be written by other writers and artists.

The initial announcement revealed precious few details about the open-access platform, but Moore has high hopes for its potential to develop up-and-coming comic book creators:

“Rather than simply transferring comic narrative from the page to the screen, we intend to craft stories expressly devised to test the storytelling limits of this unprecedented technology. To this end we are assembling teams of the most cutting edge creators in the industry and then allowing them input into the technical processes in order to create a new capacity for telling comic book stories.

It will then be made freely available to all of the exciting emergent talent that is no doubt out there, just waiting to be given access to the technical toolkit that will enable them to create the comics of the future.”

The venture was funded by the Digital R&D Fund for the Arts and will be produced by Orphans of the Storm, the film production company of Alan Moore and long-time collaborator Mitch Jenkins. The app itself will be built by Ocasta Studios, which has developed apps for Virgin Media and Vodafone in the past.

The interest in digital comics has blossomed alongside the rising popularity of superhero movies. While Marvel and DC have likely reaped a large portion of those rewards, it’s also ignited a new wave of interest in smaller publishers. Amazon’s acquisition of Comixology is testament to that growth, although as its subsequent decisions show, it’s a good idea to have some alternatives.

➤ Electricomics [via Cult of Mac]

Read next: Square gets into the cash-advance game for small retailers as Square Capital exits pilot phase