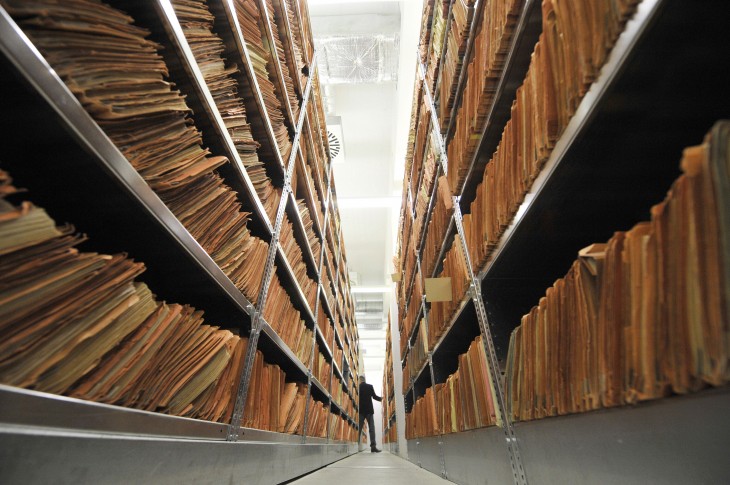 More than a year after the initial announcement, UK conservative-leaning magazine The Spectator has finally launched its new online archive, containing every article from the magazine’s history. For the record, that’s almost two hundred years.

Originally, the archive was supposed to be going live last spring (2012), but it seems the mammoth task involved in bringing the content online has led to some delays along the way.

“Digitising 1.5 million pages has been no easy feat and it remains a work in progress — we’re aware there are still a few gaps in the beta archive,” explains Sebastian Payne, online editor at The Spectator. Readers are encouraged to leave a comment if they identify any ‘bad’ scans.

Just to recap, the Spectator is a weekly publication and one of the oldest continually-published magazines in the English-speaking world, having first gone to print on 6 July, 1828. It is currently owned by David and Frederick Barclay, who also own another prominent conservative title, The Daily Telegraph newspaper.

You can browse the archive by cover and date, using keywords to help narrow down your search. It starts from July 1828 and runs all the way through to December 2008. Everything in the last five years can be accessed via its main portal at spectator.co.uk.

If that just made you go ‘wha?’, well, it seems that OCR has very much been used to extract the actual text from digitized scans to create something a little more useful for the online ‘search’-focused generation.

Indeed, you can even share these historical articles across social media – though you may wish to leave the publish date in the message, especially if you’re tweeting a headline such as “The German papers are really growing too patriotic…”.

If you prefer to peruse the original print copy of the magazine, well, you can do too.

There’s also an issues browser to help you flick through 19 decades of political and cultural musings. And it’s here that you can really start unearthing some fascinating stuff.

You can read The Spectator’s pulling-apart of Charles Dickens’ (now) classic Bleak House, for example, not to mention the first leader from 1828. It begins:

“THE principal object of a Newspaper is to convey intelligence. It is proposed in the SPECTATOn [sic] to give this, the first and most pro- minent place, to a report of all the leading occurrences of the week. In this department, the reader may always expect a summary account of every public proceeding, or transaction of interest, whether the scene may lie at home or abroad, that has taken place within the seven days preceding the termination of our labours ; which, we wish it to be remarked, close on Saturday at midnight.”

Who would’ve thought at the time that almost two centuries on, this content would be resurfaced via a digital medium called the World Wide Web? Now, we wonder when the archive’s dedicated iPad app will be arriving…

Read next: Sean Parker joins $75m NJOY funding round to help take e-cigarettes to the masses