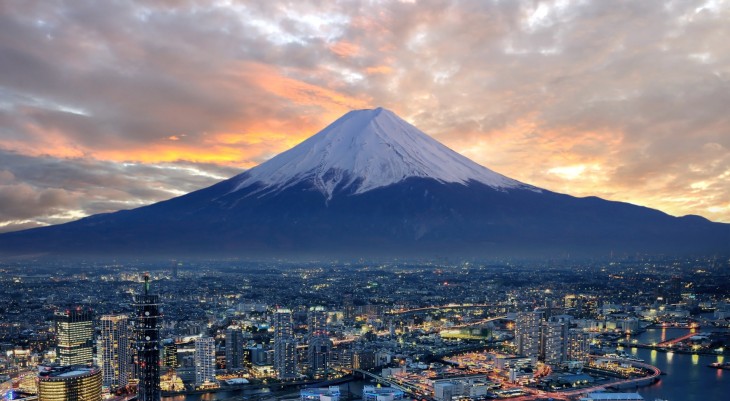 “This year, we want to go from international to truly global,” said Jimmy Maymann, CEO of The Huffington Post, in an interview with TNW a few weeks back.

Indeed, 2013 is shaping up to be a pretty big year for The Huffington Post from a global perspective, with the local Japanese edition now live in what could prove a big market for the online newspaper.

The Huffington Post and the Land of the Rising Sun

In other HuffPo markets, mobile constitutes around 20-25% of its readership, but in Japan, mobile Internet and ‘Internet’ are pretty much synonymous. “We have to approach that market very differently,” said Maymann.

Indeed, Japan is still a very print-focused market – it has three of the biggest newspapers in the world. Launched in 1879, Asahi Shimbun is the second biggest newspaper in Japan, and is HuffPo’s partner publication for launch – a partnership that could be key to The Huffington Post’s success, given it prints and sells 8 million copies each day.

Indeed, having a long-established local newspaper on board for launch is a smart move for HuffPo, though it remains to be seen how this partnership unfolds from a content perspective.

However, digging deeper into the demographics reveals where the HuffPo is looking to carve a niche for itself. “What’s interesting, is that if you look at the demographics of the people buying the printed editions, they’re mainly 50-years-old and over,” said Maymann. “The younger generation is really not consuming news at scale, and if they are, they’re consuming Yahoo News. If you look at the three biggest newspapers out there, they’re at about 7 or 8 million unique views a month. Yahoo is on around 33 million – there’s a lot of room for online sites to really capture the market.”

So the under-40 market could be central to its growth in Japan, and Yahoo may (or may not!) be looking over its shoulder with today’s launch.

HuffPost Japan’s editor-in-chief is Shigeki Matsuura, who has previously worked at Conde Nast where he helped launch the Japanese edition of Wired. He also helped launch Blogos, and managed Gree News, which is part of local mobile gaming company Gree. In his launch-day post, he says:

“The Huffington Post Japan hopes to be the place where we have an honest conversation about the future of Japan, and our editors will work to bring your voices and ideas onto our pages to achieve this.”

Next up for HuffPo is Germany, which will be launching in September, followed by Brazil in October. Over the next 18 months or so, there’s big plans for other markets, including South Korea, India and Russia.