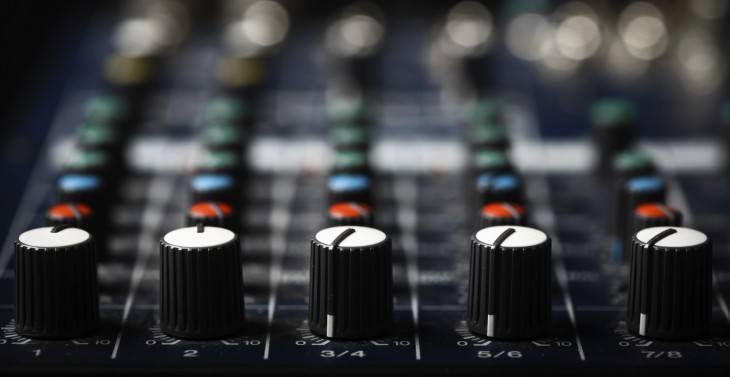 Ahead of next week’s Music Biz 2013 industry conference in LA, we spoke with Bill Wilson, VP at organizing trade association NARM/Digitalmusic.org, about the state and future of digital music.

One of the main focal points of this year’s event is a metadata summit for music executives. The summit gathers together executives from major industry players, including Sony Music, Spotify, BMI and the RIAA to discuss how to better work together on data solutions for the music industry.

Wilson characterized the music business as “turning into a federated system of interoperable databases”, noting that next week’s event will help galvanize that vision.

The digital music industry’s shifting landscape is being led by a shift from a unit-based business to an intention-based business, Wilson said.

“People no longer pay $18 [for an album]. Now people are putting pennies in a giant tip jar,” he said, referring to services like YouTube and Spotify.

In order to address customer intention, the music industry is approaching things from a data perspective. Music services are keen to put contextual data linkages to work at helping listeners discover more music and stay with their service.

It often strikes me when driving just how far behind our automobiles are from other devices like our smartphones and PCs when it comes to digital music.  Granted, streaming services like Spotify, Slacker and Pandora have begun inking partnerships with car manufacturers, but it’s going to take a while to trickle down to drivers, especially given the long upgrade cycle for your average car buyer.

Wilson noted that music and cars have been “inextricably linked” since the cruisers of the 50s, but he also acknowledged that music business has to accommodate the longer R&D times the automobile sector.

Music businesses have found themselves juggling partnerships with companies from an increasing number of industries.

“This is a big orchestra now. It’s not just a small ensemble,” he quipped. “We have to work in concert with a bunch of other industries to grow the pie for ourselves, to take advantage of these new ecosystems.”

Earlier this week at TechCrunch’s Disrupt NY, “Downloaded” director Alex Winter and investor Ron Conway discussed how Napster and the resultant sharing economy were part of a consumer rejection to how corporate music had become, and I was curious what a music business insider like Wilson thought of the issue.

“Napster was the meteor that struck the earth,” Wilson admitted.

He did, however, acknowledge that there remains a vibrant independent community. In his view, there are a lot of very “entrepreneurial and independent-minded” people driving the music industry.

Wilson went on to argue that while the Internet has increased the “democratization of distribution”, it has also created a lot of noise.

“It’s more necessary to have an actual marketing budget and real plan to emerge from it,” he said.

Comparing the music industry to the startup world, Wilson said there is absolutely room for record labels: “Somebody has to be the VC for talent.”

And while corporations are still interested in protecting their assets, Wilson asserted that the industry is learning from its mistakes and becoming more open.

“Are we there yet? No. Are we getting there? Yes. Are we in a far better position than when Napster launched? Absolutely.”

Streaming music services are the latest trend in the music industry, and companies like Apple are reported to be jumping into the mix, and Wilson believes they’re definitely here to stay:

We are seeing a transition in the product mix. You have some customers who are still married to the collectible. Baby boomers, Gen Xers, a lot of people involved in that mindset. The second swath, people who grew up in the download era (Napster, iTunes), who have amassed a huge library of physical of files that they have collected. they can sideload them, upload them, put them on the cloud through Google, Amazon, iTunes Match.

Or you have the newer marketplace, which is true subscription, where you have access to everything – Spotify, Rdio, Slacker. When you look at the age demographics, streaming will become an increasingly important part of the marketplace.

An earlier study by NARM found that 70 percent of the music industry’s revenue comes from 40 percent of the market place. Music companies are interested in how to better serve those so-called “super fans” and how to get casual listeners to move into more of a fan relationship.

Wilson cited several ongoing efforts to that end: “[Companies are] looking to future proof the business against itself by looking at photographs, [digital] album credits and news assets.”

Given that we were discussing the state of the music industry, I was curious to see what Wilson thought of the newest entrant: Twitter.

He described the new #music service as “another crucial piece of music discovery”, adding that he expects to see it optimized over the next six to 12 months.

“It’s a great way to establish a gateway between current artists and current fans to the experience because it tethers to both Spotify and Rdio, he said.

With the move to digital, the music industry continues to push past previous limits of accessibility and discovery. Now is an incredible time to be a music lover. That’s not to say that the business isn’t without issues, but next week’s gathering to talk through some of them is a start at fixing them.

Read next: 8 ways to incorporate customer feedback into your startup's strategy