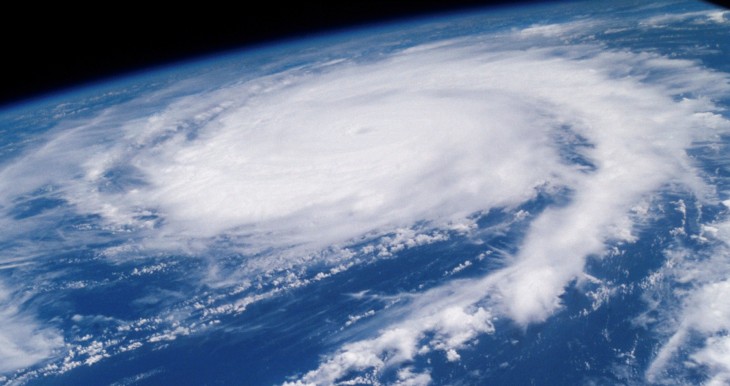 “Cracking the 100 million barrier reveals to us the power in tapping human emotion,” explains Scott T. Chan, founder and creative director of video production agency Whirled. “The opportunity to create work that has touched millions and created keystone moments for brands has been a dream come true and a practice we will continue to build on for years to come.”

Chances are, you’ve not heard of Whirled before. But there’s every chance you’ve watched one of the California-based company’s video skits. As Chan says, the company he founded in 2009 – after running and creating content for HBO’s digital studio, HBOlab – sailed past the magic 100 million video-views milestone last month.

More precisely, it’s the slew of videos he’s created for the likes of Google, Verizon, BBC America, Lady Gaga and The Black Eyed Peas, which have notched up millions of views between them. And it’s all the result of a small LA-based agency with 5 full-time employees.

In December last year, Google unveiled Zeitgeist 2012, marking the Internet giant’s 12th annual look at all the searches that constituted what it calls the year’s ‘Zeitgeist’ – or, the ‘spirit of the time’.

For the accompanying video, Google enlisted the help of Whirled, for the third year in a row. It was a simple music-based montage of key events of the year, but with 14 million views to date, it evidently struck a chord.

We touched base with Chan to get the lowdown on how Whirled came about, where it’s at and what some of his favorite flicks to date are.

“Whirled was born from our obsession and fascination with videos being shared on the Internet,” explains Chan.

“Every day we’d spend way too much time watching obscene amounts of YouTube videos, which led to this belief that we could use our creative sensibilities to tap into massive audiences around the world and leave them with an honest long lasting impression.”

In terms of the first video off Whirled’s conveyor belt, that accolade goes to an interactive Super Mario Brothers skit, introduced way back in February 2009.

“We were among the first to jump on the YouTube annotations trend,” says Chan. “A lot of people were using them in very typical ways, but we saw an opportunity to use them differently. So we used more than a thousand annotations across more than 20 videos to recreate the iconic slot machine game from Super Mario Brothers 3, for anyone to play on YouTube.”

As for a single Eureka moment that really drove the company forward, Chan says this only came when their work began to strike a chord with the online masses. “Our videos began being regularly picked up, and covered, and consistently placed on the viral video charts,” he says. “It used to drive us nuts that we could never quite reach the top slot on Unrulymedia’s Viralvideochart.”

Sanity finally arrived at Whirled-towers with the launch of the 2010 Google Zeitgeist video, which did indeed top Unrulymedia’s chart. At this point, things really started to pick up. But how does a fledgling video startup nab one of the world’s biggest brands as an early client? It must surely be who you know, not what you know, right?

“Funnily enough, despite my brother being a Product Manager and having worked intimately with the people at YouTube when I was at HBO, our (Google) relationship didn’t start through contacts,” says Chan.

“It came by way of a remix we made, using two things we love, technology and media,” he continues. “We took the much-talked-about Google Wave (now closed) and mashed it up with the cult classic film, Pulp Fiction. We put the video out there for fun and it was subsequently covered in all the big tech press (even The Next Web) and trended on Twitter. Google called a couple days later.”

While Google Wave was finally killed off in 2010, the wave of excitement around its launch worked wonders for Whirled with this little skit:

It hasn’t just been Zeitgeist, however. Whirled has worked on somewhere in the region of 30 videos for Google. For example, President Obama asked US citizens to join in a Google+ Hangout to discuss the top issues facing Americans. The video was another one of Whirled’s pieces.

The White House tie-up actually came about as a result of its partnership with YouTube, which put out the very first live video chat (Hangout) with The President.

“We were asked to create the intro video that kicked everything off,” says Chan. “It was a surreal feeling to watch the President talk about it during the event. The following year, we came up with the idea that these live Hangouts were very much like the historic FDR Fireside Chats. Fireside Chats 2.0 if you will. So we went out and shot a video that established that connection, and called it the Fireside Hangouts, a name the White House began using this year.”

“This is the fourth year we’ve been working with Google, and I’m still humbled by the amount of trust they have in us to be responsible for such big brand moments including Lady Gaga and David Beckham for Google+,” says Chan.

Although Whirled is really only 5 full-time people, it does tap a regular stable of creative and production talent when required. Chan himself is in charge of the creative direction of all the videos, and helps in the actual production “when the professionals let me,” he says. “I also recently forced myself to learn how to edit, and ended up editing the televised version of the Google Zeitgeist 2012 film.”

The in-house staff essentially consists of a creative team responsible for dreaming up ideas, and a production team that brings those ideas to life. “Both teams use a regular roster of freelancers and vendors to scale up or down to the needs of the projects are working on at any given moment,” adds Chan.” A video may involve anything from 10 to 100 people to see it through to completion.

Whirled has produced around 50 videos to date, a large chunk of which has been for Google. But it has also worked with a number of other big-name brands you may have heard of – remember Yahoo launched an all-new Flickr for iPhone back in December? Well, the accompanying video was Whirled.

And it also did a tongue-in-cheek skit for BBC America for Law & Order UK.

So, 100 million views across its body of work is pretty impressive going for such a small company, but admittedly the Google part of the equation has been key to this. “We’ve been extremely fortunate that our work has always done most of our marketing, because honestly, I’m a terrible salesman. At the end of the day, our work is who we are,” says Chan.

In terms of Chan’s favorite work to date, he says the first Zeitgeist flick back in 2010 tops his list. “There really were no expectations and no pressure, which made it naively fun to create,” he says.

“Fireside Hangouts is of the ‘smartest’ things we’ve done though,” he adds. “We knew we were onto something special when we started editing.”

With video playing such an important role for online brands, it seems Chan has hit on a winning formula.

Indeed, it’s building a pretty formidable client base, underpinned by on one of the Web’s most prominent names. “The way we approach videos is actually pretty simple,” says Chan. “We believe that using emotion is the best way to leave someone with an impression they’re going to remember. Ultimately it comes down to our creative instincts that guide us in how we use that emotion.”

To mark the passing of 100 million views, Chan et al created a montage of its most popular work to date, which you can watch now.

Read next: Issue v1.4 - Letter from the Editor