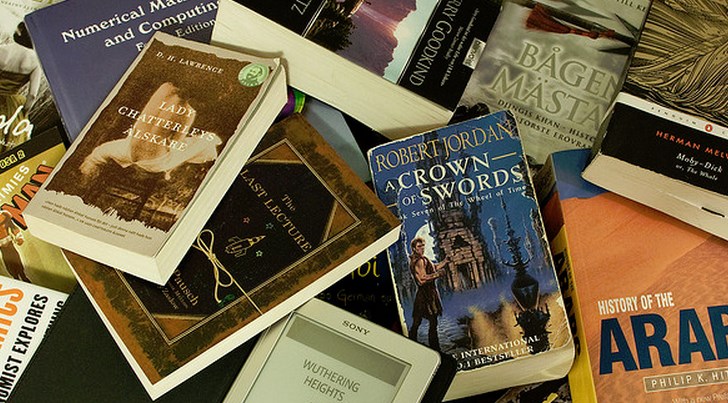 When ebooks were in their infancy, growing hundreds of percent per year between 2009 and 2011, they were hailed by some as a potential savior of the publishing world, long in decline due to falling bookshop sales. The hype has faded, ironically, just as ebooks appear to be meeting that initial promise.

According to the Association of American Publishers (AAP), US Trade publishers’ net revenue rose 6% in 2012, when compared to 2011. Component to that growth was ebook sales tipping the scale at 22.55% of total revenue.

For fun, here is how the AAP details the rise in ebooks:

In 2002, those Trade publishers reporting eBooks to AAP noted the format represented 0.05% of their total share of net revenue

The period of hypergrowth is over, however, though ebooks did manage to account for 5.57% more of publisher net revenue than in 2011. Assuming that pace continues, and it won’t be too many years until the publishing world is half digital. The sea change is already underway.

That said, all is not rosy, as DigitalBookWorld reported:

While 2012 overall was a good year for ebooks, Dec. was among its worst months, signaling that 2013 might be a year of even slower growth for ebooks.

Read next: Hours in, Facebook Home suffering from poor Google Play reviews as 48% of users award it 1 star