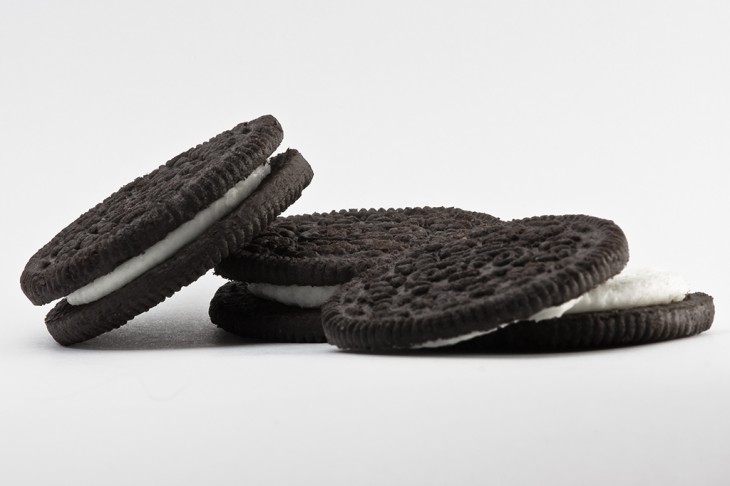 Ahh – the smell of business rebellion in the morning. There’s a new kid in town and I fancy her and her wicked business ways. She’s called newsjacking, and I believe it’s something we’re going to see a lot more of in the future. It hasn’t really been defined that much yet – but I think it’s about two things: taking over a news channel or taking over a message and using it for other purposes. It has long been done as a more underground thing amongst people where people are urged to reuse other people’s content in the light of viral effects. Who hasn’t received an elf-yourself or a jib-jab rocking around the Christmas tree and a Christmas card?

But the idea of corporate newsjacking is something that really saw its “mainstream” light of day at Super Bowl 2013 where Oreo literally took over the power outage during the match. Set aside the multi-million dollar budget that other companies used to conquer the Super Bowl. Oreo was the winner when it came to the commercials and the most talked about and the one with the most viral effect.

Is this the future of commercials — An expression in real-time that is based on the current state of the world? Are commercials becoming a way to express your feelings as a company surrounding a given event?

In Denmark where I am writing from, there has been a blizzard today – and I guarantee that all the trains are delayed.  Is advertising becoming a measure for companies to have sympathies with the people standing on the train stations freezing?  What if Nespresso had booked some of the electronic advertisement boards and where it said “We’re sorry that you have to wait on the train, here’s a free cup of our new coffee” – on the house? If everything is becoming electronic we might as well jack the media and the news and use it to bring value to potential clients – when it’s needed – in real time. It’s like when Lady Gaga sends out pizzas to her fans when they are queuing for tickets and starving in the cold.

Staying in Denmark, it’s not uncommon for startups to use some of these tools to gather attention for their company. In the Tech Scene here, we have a startup called Conferize that gets most of their marketing newsjacking the channels surrounding different conferences. CEO Martin Ferro-Thomsen, formerly Issuu, adds this:

“There’s an old saying that if you want to be the news you should go make some. But we, as a startup with limited resources can be forced to piggyback on current events. I remember at one point in Issuu where an auction house sold a host of awesomely weird Michael Jackson artifacts. Of course we went to great lengths to get the auction catalogue and feature it. I think it got millions of views very fast although the auction was later cancelled. Newsjacking stories usually has a limited one-off effect, but I think smart startups can have a much more permanent effect in media by adding and filtering, using richness and context.”

That’s also what Martin and his team is working on in Conferize, trying to improve how conferences exist in the cloud and embrace crowdsourced content on a massive scale.

Back to Oreo. They tried newsjacking the Oscars as well by tweeting a picture of a cookie with a bow tie that read “Bringing tasty back”. It was just as clever as their Super Bowl act — tapping into current affairs — even if it wasn’t quite as successful.

But, there have also been some really bad examples of newsjacking (AKA newsjack(ass)ing), recently during Hurricane Sandy where businesses tried to take over some of the buzz of the hurricane. My favorite was InStyle Magazine’s special package of cosmetic named “Hurricane Sandy Have You Stuck Inside? 5 Beauty Treatments to Help Ride Out the Storm”. It’s mentioned on a lot of blogs, but has been taken down from the In Style Magazine webpage. There’s always the risk of becoming distasteful.

How do you setup an alert marketing organization like Oreo’s or Conferize, which taps into the current events, either in their fields or more generally?

You need to have a fast-paced organization for sure, that leaves the final say in decision making to the actual team instead of a team of managers. You need to opt your game and plan ahead. How did Oreo know that Justin Timberlake would wear a suit and tie at the Oscars? Planning. How does Conferize know where and what to tap into at the different conferences? By being present and alert.

Yet the question remains, when will the rest of the business world be forced to act in real-time in order to get their commercial message across? When will we not just expect that companies are social and active but also proactive to their own affairs and what happen around them? So proactive that they can respond to a given undetermined scenario in a matter of minutes?

Read next: Veronica Mars the Movie - Kickstarted or promotional stunt?