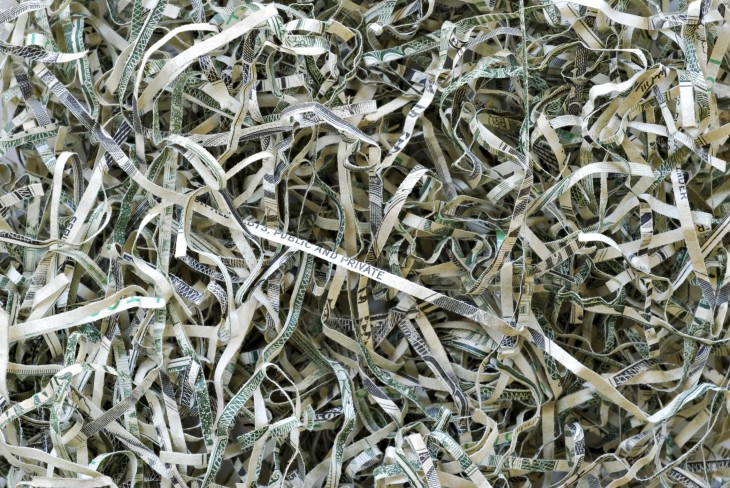 Wired contributor and author David Wolman has taken to Twitter to sell the iPad edition of his latest book, ‘The End of Money.’ As far as we know, the operation is the first of its kind: it’s not only about sharing a link, and users can complete the purchase without leaving the micro-blogging platform.

The transaction is powered by Portland-based startup Chirpify, which focuses on in-stream social commerce via Twitter and Instagram. “We also like to say it’s conversational commerce,” senior account manager Heath W. Black tells us.

From what we’ve seen, the term definitely makes sense, as the whole purchase process resembles a conversation; to acquire Wolman’s book, all you have to do is to reply “buy” to his tweet.

A 4-day experiment in barrier smashing: #ENDOFMONEY for iPad is 1 tweet away. Reply “buy” for $5.99 via @chirpify chrp.in/55q

If you are already a Chirpify user, for instance if you’ve ever used it to order a beer over Twitter, you can complete the transaction right away. If not, you can create a new account in a few steps and pay via PayPal. You will then receive a download link via email or direct message on Twitter.

As you may have guessed from its full title, which refers to “the coming cashless society,” Wolman’s book is obviously a great fit for such an experiment into the future of money.

“David has been writing about this topic for a little while,” Black recalls. “He is from Portland too, and met [Chirpify’s CEO] Chris [Teso] a few months ago. When they discussed what Chirpify was doing, they realized that it made sense for the content of his book.”

As Wolman explains on his blog, the operation wouldn’t have been possible without the support of its publisher, Da Capo Press, and more precisely of its marketing manager, Sean Maher:

“This wouldn’t have been possible without his willingness to experiment, even though if you say “in-stream social commerce” to almost anyone from a traditional publishing house, they would probably ask if you repeat the question in English,” he writes.

While it is too early to tell how many sales the operation will drive, Black says that Wolman sold more copies on the first day than during a typical signing event at a bookstore – all it took were 5 minutes to create the online listing, without having to worry about travel arrangements.

Convenience and lack of friction could be a key factor to drive other authors into giving Chirpify a try. “We had several inquiries from other authors over the past few days,” Black says. While this is good news for the startup and maybe for Twitter, it could also have larger implications for the publishing industry.

After all, established authors often boast a large following on social networks. More importantly, they have a direct and fairly deep relationship with their followers, which could make traditional publishers redundant, and turn Chirpify into a powerful disintermediation tool. However, it remains to be seen whether it would be as efficient for unkwnown book writers without an existing reader base.

Perhaps more interestingly, in-stream transactions could help monetize new types of content, such as long-form journalism, which would benefit from frictionless options to make small payments. Unsurprisingly, some players have already taken notice, such as newly-launched online media outlet Matter:

Interesting: @davidwolman is using Twitter and Chirpify to sell his “End of Money” ebook: chirpify.com/listing/55q Could/should we do similar?

As you may remember, Matter started as a record-breaking Kickstarter project, and succeeded in building strong community support for its plans. Combined with its $0.99 pricing, this could make it a perfect candidate for a partnership with Chirpify – and a great example of what conversational commerce can achieve.

Read next: Etsy nails it with a night-market event at London's Tate Britain gallery