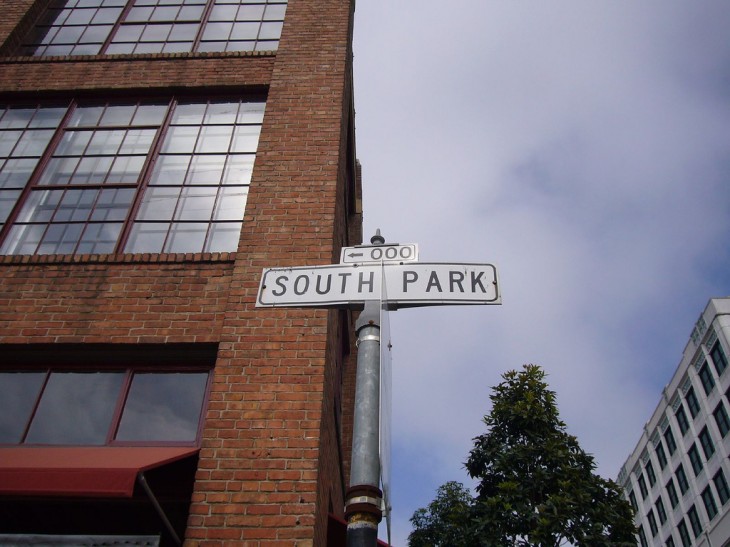 If you think traditional media outlets are disconnected from the startup world, think again. While Europe has already welcomed initiatives such as BBC Worldwide’s Labs and the Irish Times’ Digital Challenge, the US are now getting their own dedicated startup accelerator for media projects: Matter Ventures.

Matter is backed by three media non-profits: San Francisco’s KQED and the Knight Foundation, which have each invested $1.25 million in the initial $2.5 million fund in exchange for an equity stake in participating startups, and Public Radio Exchange (PRX), which will provide strategic and management support.

The accelerator is headed by Corey Ford. Formerly a producer for PBS documentary show Frontline, he most recently ran Runway, an accelerator for Innovation Endeavors, Google Chairman Eric Schmidt’s early stage venture capital firm. We decided to ask him a few questions about Matter.

TNW: Could you please briefly introduce Matter Ventures to our readers?

Based out of our co-working space near South Park in the SOMA neighborhood of San Francisco, startups with the potential to define the future of media that matters develop their companies through our four-month acceleration program within a close-knit community of industry-leading mentors, organizations, and investors.

We are a digital and physical hub for innovators illuminating trends, disseminating learnings, tackling problems worth solving, and hosting events such as hackathons, fireside talks, and design bootcamps.

TNW: Matter’s initial project was first announced by PRX and the Knight Foundation last year. How did it all start and how did KQED end up joining the partnership?

CF: The idea got started in a conversation between Jake Shapiro of PRX and John Bracken of Knight Foundation. Could we leverage the accelerator model to help produce innovation in the future of public media and journalism space. The working title became “Public Media Accelerator.”  They then found me, who has the weird combination of a deep expertise in public media as well as in building a running an accelerator for an early stage venture capital firm, and brought me on board to build the strategy and run it. I was based in Silicon Valley and made the argument that we had to start there because of the culture and network.

When we unveiled Public Media Accelerator at the IMA conference in March, John Boland and Tim Olson of KQED were the very first ones to approach us. They were excited we were starting in their backyard and wanted to explore how we could work together. I made it clear that what we were building had to be structured with a clear focus on supporting our entrepreneurs above all else. They would start from a blank slate, from a disruptive perspective, something that could appear very threatening to KQED, but could also provide learnings, idea, and talent that KQED would not be able to access otherwise, because they are, by definition, trapped in the Innovator’s Dilemma. We could be KQED’s outside innovation strategy. And KQED could be a potential platform or partner where our entrepreneurs could test their product or service. Win-win. Same mission, different starting point-of-view. The KQED leadership immediately got it. And a great partnership was born.

TNW: What can public media and Silicon Valley learn from each other? How can their collaboration work?

CF: Matter is where the values of public media meet the mindsets of Silicon Valley entrepreneurship. Our values are rooted in storied media institutions that have been producing media that matters for decades – media that stands for something and creates a strong, positive signal in the ever increasing noise. Institutions such as This American Life, The New Yorker, and FRONTLINE.

But our point of view is pure Silicon Valley entrepreneurship. Our culture is grounded heavily in design thinking and lean startup methodology. We believe you need to be audience-centered and prototype-driven while seeking a scalable, repeatable, profitable business model. You have to fail early and often to succeed sooner.

TNW: Why San Francisco (rather than New York, for instance)?

CF: In one word: culture. Culture is the key to innovation and its essential ingredient come down to this: What does failure look like in your culture?  Is it something that kills your reputation?  Or something that is embraced and celebrated as a badge of honor?  Silicon Valley, unlike anywhere else in the world, knows that you have to experiment and iterate your way to innovation. I call it the “drunken walk of innovation.”  It’s one of the only places in the world whose culture truly supports the people with ideas that may seem crazy at first, but have the possibility of to have an enormous impact on society. This is where people come to change the world.

Within Silicon Valley, the entrepreneurial energy has shifted from Palo Alto to San Francisco, especially when it comes to media entrepreneurship. We are right around the corner from where Twitter got started. Communities are essential to entrepreneurship and San Francisco has a proven combination of talent, money, and technology. Innovation happens not by bringing experts in the same field together, but the random lateral connections you can help make happen across industries.

TNW: Why did you decide not to invest in non-profits and choose a for-profit approach? Will it be a challenge to find investors keen to invest in Matter’s graduates?

CF: There is a saying in design that “constraints drive innovation.” The constraints you choose determine what type of innovation you will see. The innovation most needed in the media that matters space is business model innovation. The best way to drive that innovation is by forcing ourselves and our companies to work within the constraints of for-profit entrepreneurship. We believe the next generation of institutions creating media that matters will be built by entrepreneurs driven by the positive impact they want to make on society while leveraging the best practices of scalable, sustainable, for-profit entrepreneurship. Non-profit media institutions and leaders are key partners in Matter, we believe they play a vital role in media innovation, and we plan to collaborate closely with our non-profit partners and others who share our mission.

In terms of finding investors for Matter graduates, if you have great entrepreneurs and companies, there will be no dearth of investors. We have designed our strategy to specifically ensure that we are selecting companies we think have high potential to receive follow-on investment (if it makes sense for that company) and we proactively develop relationships with the investor community to ensure we have the right investors with similar investment hypotheses in the room with the entrepreneurs.

TNW: What are your main selection criteria?

CF: Matter supports early-stage entrepreneurs building start-ups that make society more informed, connected, and empowered. We invest in people first. We seek entrepreneurs who are driven by the positive impact they can make on society and who believe that leveraging the best practices of for-profit entrepreneurship will be their most effective way of scaling and sustaining that impact. We seek disruptors bold enough to ask what a great media company would look like if you built it from scratch today, harnessing emerging technologies, seeking new sustainable business models, and, most importantly, building for the needs and behaviors of their audiences.

Our target ventures are existing startup teams of 2-4 co-founders with skill sets covering technology, business, design, and storytelling. The have built an early stage prototype of products or services ranging from participatory platforms to B2B services to mobile-first applications to content production engines. However, entrepreneurs at all stages who fit our mission are encouraged to apply. We have a loose definition of media and fully expect some of the best start-ups we invest in will be pursuing ideas in spaces we had not predicted. Overall, we seek scalable startups that create a strong signal in today’s media noise.

TNW: Can you detail the benefits to which participating startups will get access?

CF: Startups selected to participate in Matter will receive a $50,000 investment and will work side by side in a creative space in the South Park area of San Francisco’s SoMa district, right around the corner from where Twitter got started. The structured program will kick off with an intensive design thinking and entrepreneurship bootcamp followed by a regular series of design reviews, mentoring sessions and educational workshops. The collaborative culture will help teams develop a human-centered and prototype-driven approach. At the end of the four-month program, teams will pitch at a demo day to the Matter community and potential investors.

The initial application process will be open to startups and entrepreneurs until January 6th, 2013. Information sessions for potential applicants will be held at Matter’s offices, where the first acceleration cycle will start in late February next year.

Read next: YouTube gets sleek new design with cross-site Guide feature to promote subscriptions and channels