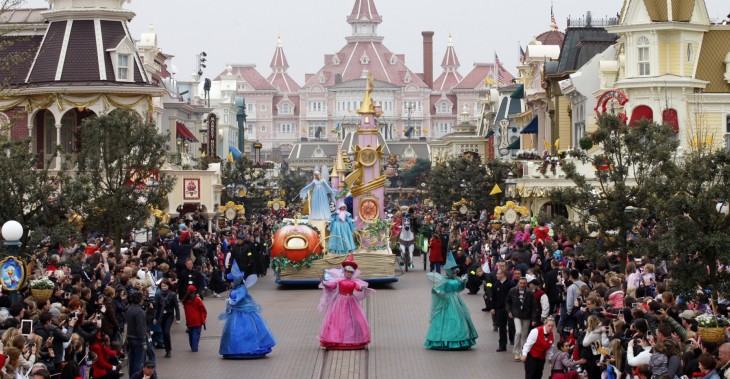 With the deal announced earlier today, Netflix and Disney have pushed streaming video into a new era. The deal is obviously huge content-wise: Netflix scores first-run flicks from 2016 on and direct-to-video titles from 2013.

But the biggest portion of this deal isn’t the content. Instead, it’s about the fact that Netflix is getting its content directly from Disney as well and it’s being allowed to show that content to its subscribers much, much earlier. The terms of the agreement mean that Netflix will now be able to show Disney movies in the ‘first pay TV window’, which advances the timing massively from when you would normally see content appearing on Netflix.

You might have noticed that Netflix currently shows movies from Disney on its service. Today’s deal doesn’t change that, as the current deal that it has in place with distributor Starz stays in effect until 2015. The new content plan will begin in 2016, and will mark the first time that a major studio like Disney has cut a direct deal with a streaming provider like Netflix.

The current Starz deal is pretty much how things have gone in the past. A distributor with the rights negotiates a secondary streaming deal with a company like Netflix in order to earn some extra shekels from their licensing fee. Typically, the ability to sell the rights to stream these programs online is rolled into their deals for premium cable broadcasting. This allows them to do it via their various apps (with a subscription login) or to resell to providers like Netflix. These output deals are typically expensive, calculated on percentages of box office growth.

Now, Disney is making the deal directly with Netflix, cutting out the cable distributor Starz as a middleman. This is obviously a bit of a blow to Starz, who will lose the rights to Disney flicks in 2017. It will then have to punch up its original series lineup to fill the void.

This marks a shift in the way that the large studios are thinking about dealing with providers like Netflix. This deal for first-run flicks is an exclusive one, but that doesn’t meant that all of them have to be. Obviously, Netflix is paying out the nose for the rights, a figure that the LA Times says is around $300M.

Those numbers are set to make Disney a big chunk of change for putting their content on the dominant streaming provider in the US. The terms are incredibly good for Disney if those numbers are true. It’s also very savvy of them as they partly own Hulu and will end up with far more money via Netflix in any case.

Netflix has made deals with companies like Dreamworks and Relativity before, but a huge company, but a deal with a huge firm like Disney it’s a watershed moment for the streaming video arena as a whole. It marks a shift in thinking that is taking place as smaller, typically protective, studios like HBO are cutting deals with Amazon. Other giant studios have to be watching this Disney deal play out and thinking about how they’re going to negotiate their next streaming contract.

One of the most common complaints about Netflix and other streaming services is that their content is stale. This is because the window system for pay TV is incredibly draconian. Here’s how it plays out when a movie is released in the theater:

Those are all approximate times, as the deals are negotiated on a per-film or per-studio basis and can vary greatly. But that’s the basics. Instead of being resigned to the hinterlands of licensing (remember that it still had to pay out the nose to show movies a year or more later), Netflix is jumping upwards in the hierarchy to be right on par with cable channels and video-on-demand services through companies like Comcast.

This is both a practical and principle victory for Netflix. Yes, viewers will see Disney flicks faster after they’re released on the service, alleviating the ‘stale’ feeling that the service has been fostering. But it’s also a deal that places it in the same playing field as other major cable distribution channels.

An interesting subtext to this whole deal is how Apple is involved. Obviously there has been a lot of talk about Apple’s plans to tackle the television market, whether it’s through dedicated hardware and its own services or working together with cable companies for licensed content.

Disney CEO Bob Iger is on Apple’s board, and Pixar has tight ties with Apple (Steve Jobs’ widow Laurene Powell Jobs is still its largest shareholder). If I had to guess, this deal probably has clauses written into it that allow Apple the access it needs when it will need it. Provided it’s even doing anything with TV and provided that involves streaming licenses.

This isn’t going to upend the industry overnight, but there is a definite stench of legitimacy beginning to surround Netflix’ online streaming business model in the eyes of the studios. The glacier that has encased their business model while streaming services have been on the rise is cracking. By cutting an individual deal with a streaming provider, rather than relying on resold licensing from output deals with cable providers, Disney is breaking a decades-old habit and maybe — just maybe — setting a pattern for other studios to follow.