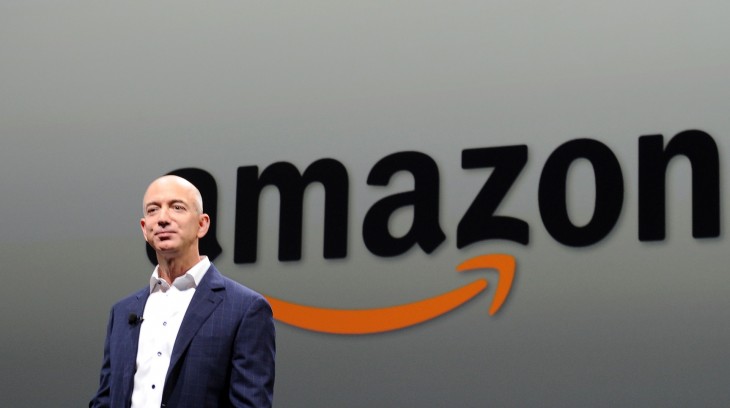 If you think startups have a tough time today, making ends meet and raising the necessary capital to take things to the next level, here’s an interesting little nugget courtesy of “Mr. Amazon” himself, Jeff Bezos.

Speaking to US talk-show host Charlie Rose, Bezos delved deep into everything from the Kindle and industry disruption, to the early days of his e-commerce empire. And when Rose asked him if there has ever been a time since Amazon “gained traction” where he thought he could lose it all, this is what Bezos had to say.

“I’ve been optimistic about Amazon since the early days,” says Bezos. “I was most pessimistic literally at the very beginning. It took sixty meetings to raise a million dollars, which I needed to get the company started. Twenty two people providing around $50,000 each, on average, to get me that million dollars. That was the riskiest time for Amazon, that’s when the whole thing may never have happened. Raising that money was very, very difficult.”

While hindsight is a wonderful thing, back in the dark days of 1994 when Amazon was founded, the Internet was far from the mainstream consciousness, so it’s understandable there would be a lot of hesitation to pump cash into this very early e-commerce initiative.

“The first question people had, was what was the Internet?,” continues Bezos. “Of the forty people I talked to who did not invest…I mean, anyone who knew anything about the book business, for example, did not invest. That was the most fragile moment for Amazon. Since 1997, our immediate destiny has been in our own hands.”

The rest, as the saying goes, is history. Bezos’ whole motivation for launching Amazon in the first place was his so-called “regret minimization framework”, after having not initially invested in the burgeoning Internet gold rush. The $48bn+ revenue his company reels in today speaks for itself.

It’s a fascinating interview, and you can watch it in full for yourself here.