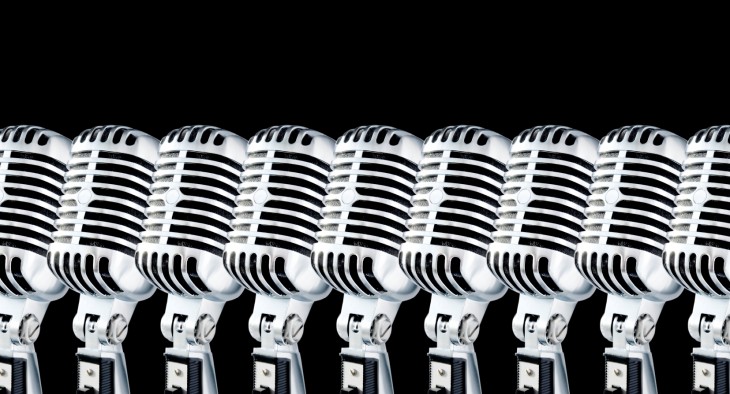 With the likes of Spotify, Deezer, Rdio, SoundCloud, Last.fm and Pandora already plying their trade in the online music-streaming space, there’s no room at the inn for another contender, right?

While that assertion wouldn’t be classed as too crazy by many folks, there’s one Swedish startup that definitely disagrees.

Officially launching its public beta today, Radical.FM is throwing its hat into the digital music ring, a company that’s entered two private alpha phases since it was founded in 2010 by Thomas McAlevey, a man with a bit of a history when it comes to music streaming.

Indeed, McAlevey was the same gentleman who created streaming playlists for Tomsradio.com, an Internet radio station developed in Sweden in 1999. It could be classed as a very early predecessor of Spotify and Pandora, but was perhaps a little ahead of its time and eventually went offline in 2003.

McAlevey was also the founder of Bandit 105.5, “The Rock Home of Stockholm”. Under his guidance, Bandit went on to achieve cult status and he sold the station to RTL, one of the world’s largest media groups, in 1996.

Now, McAlevey is back for more and Radical.FM will make its full service available to the Swedish public today, with a more limited incarnation launching elsewhere.

But that’s just the start of things. The full service includes an unlimited, on-demand streaming catalogue from ALL the major labels and independent artists, for free and without ads. But this is only in Sweden for now.

For now, Radical.FM is being rolled out globally with indie content, RadCasting, and Talk – but without major label music. Hopefully, you won’t have to wait too long, however, as word on the street is the major label music will be added to the global service in the coming months.

“Despite the choices currently available with online music services, until Radical no one has ever challenged the human commentary or musical curation offered by terrestrial radio stations,” says McAlevey.

“Radical.FM combines the best of today’s cutting edge digital services with the advantages of traditional broadcast radio, including a local connection and personality driven programming,” he continues. “We’re finally bringing terrestrial-type radio into the digital age, providing a platform for professionals and amateurs alike to create their very own radio stations and broadcast them to an unlimited audience.”

If you’ve used any online streaming service before, such as Spotify, you’ll get to grips with Radical.FM fairly quickly.

The left-hand pane is where you access the key conduits, such as Stations, Playlists and RadCasts. I searched for a handful of musicians and bands, and they all showed up. So I added them to a new playlist.

As for stations, these let you define your genre of music and stipulate how much of a particular style of music should appear in your stream.

You can browse Swedish Music, Rock, Motown, Reggae…you name it. My one criticism at this point is the text-based interface felt very crammed and difficult to read.

You can pick as many genres as you like in one fell swoop, and they’re each added to their own channel.

You move the switches for each genre up and down in accordance with how much you want one genre to feature over another.

There’s also a handy ‘Block’ feature that allows users to filter out specific songs or entire artists’ catalogs from ever showing up on their stations again.

As for RadCasting, well, this is where you listen to the playlists of other users. You can even see where they’re based using the server location data.

With RadCasts, each user can tap into a complete broadcast radio station, including unlimited legal content. This feature addresses one of the limitations elsewhere in the online radio space, bringing traditional radio into the digital age.

To give yourself more of an online persona, you can manually enter personal information for yourself, too:

One of the key selling points for Radical.FM is the so-called ‘Talk’ feature. You’ll see a little tab in the top-right of the main panel, and when you click this, you’ll be able to broadcast video or audio to those you’ve invited to join.

For me, the ‘Talk’ feature could be a big selling point, but I really struggled to action this feature – I clicked, and clicked and clicked, and nothing happened. I’m hoping this is just a glitch due to me testing it in its beta stage – and I did actually get it to work, eventually.

So, Radical.FM – in theory, at least – offers artists a pretty comprehensive way to upload and broadcast their own independently created material globally.

Yeah yeah, but what’s the damage?

While all legal streaming platforms either follow a subscription or ad-based business model, Radical.FM is sidestepping both these revenue streams (pardon the pun).

Radical.FM says it will provide ALL services completely free of charge and without adverts, relying purely on user support. What does that mean, exactly? Well, donations, it would seem.

“Radical.FM pays label artists, supports Indie artists, and provides the most progressive music service in the world; and doing all that costs a lot,” admits McAlevey. “But Radical believes everyone is entitled to enjoy great music, even the young and unemployed, so we don’t force users to buy a subscription.

“Radical also believes radio is best experienced in an ad-free environment, and it is Radical’s goal to provide all services free of advertising,” he continues. “But Radical relies on your support to continue, so if you enjoy your listening experience on Radical, please help us keep it commercial free with a monthly or one-time donation today.”

As for mobile, well, we’ve yet to test its compelling-sounding offering, but it’s currently working on what it’s calling a “future-proof hybrid app” that senses screen resolution and automatically adjusts to all modern mobile devices. So what we’re talking here is a responsive mobile Web app, and it too will be completely free to users.

In terms of when this mobile product will launch, a rough timescale was given as “a month before Christmas”, but this isn’t set in stone yet.

So, Radical.FM is a pretty compelling, comprehensive offering. Can it compete with the musical might of Spotify – another Swedish company – et al? Only time will tell, but if it will genuinely offer a subscription and ad-free legal streaming service with ALL the majors on board, this will be one almighty draw.

The full Radical.FM service is available in Sweden now, and to the rest of the world sans major record labels.

Read next: China's Tencent is bringing mobile payments to WeChat, its WhatsApp rival with 200m users