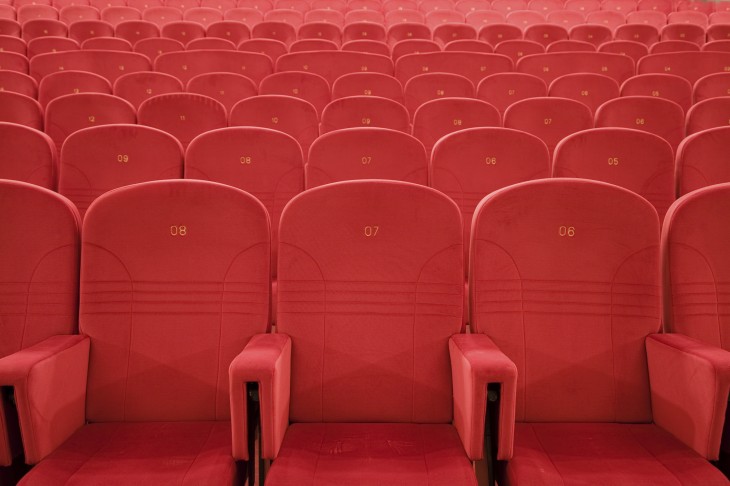 Australian startup Goodfilms has a mission: help you find which film you should watch next.

To do so, it doesn’t rely solely on traditional criteria, such as awards and high-profile reviews. As its founder Glen Maddern detailed in an insightful blog post, critically acclaimed movies aren’t necessarily your favorite ones.

This is why Goodfilms decided to go beyond quality and add a new factor: rewatchability. “Basically, how much you’d enjoy sitting down to watch it again in the future,” co-founder and CTO John Barton explains.

What’s interesting is how Goodfilms combines these elements to build film recommendations. The result of its work can be seen in its two-axis graph, which gives equal weighting to ‘cinema classics’ and ‘guilty pleasures.’

It’s worth noting that social is everywhere on Goodfilms. “We’ve built the site based around two fundamental ideas: that films are social, and that existing rating systems are broken,” the startup explains on its site.

As a result, the platform lets you find out what your friends think of each movie, and also encourages you to leave reviews and ratings on which they can rely when choosing a film.

When you sign up via Facebook, the site lets you know that your ratings and reviews on Goodfilms will automatically sync to your Facebook timeline. While I didn’t like the opt-out approach, the company is quite upfront about it and you can still disable timeline sharing in one click.

Since Goodfilms is a social network, it is also very important for its growth to rely on word-of-mouth, and Barton says this has gone pretty well so far:

“Last month we cracked the 30k registered user mark, where at the start of August we were at around 4k. We’re also getting a lot of traffic from people not necessarily signing up, but using the service to find good content on the streaming services.”

As a matter of fact, Goodfilms helps you find the legal online destinations where the movie you selected is available, and find the best content on a specific site, such as Netflix, iTunes and Hulu.

This means that Goodfilms potentially has mainstream appeal. “In essence, we’re trying to build a better word of mouth engine for movies, with everything designed to be just as useful for the hardcore cinefiles as the people trying to find something good to watch on date night,” Barton says.

Goodfilms was founded in 2011 by Maddern, joined a few months later by Barton, a former fellow staff member at Envato (see our post). It was one of the first batch of startups accepted into Melbourne-based startup seed investment and accelerator program AngelCube. At the conclusion of the program, Goodfilms closed a round of angel funding to further develop the product.

This is still a work in progress, and the startup has big improvements on its product roadmap, Barton explains:

“Over August through October, the product focus was mainly on the more casual content consumers. For the next couple of months our focus is switching back to the content generators. We’re overhauling our profile pages so our users have one url to hand out to their friends to say “This is me and my whole identity as it relates to movies”. We’re also going to be adding lists, so people can share the specific subsets of films they’re passionate about like ‘bad 80s horror,’ or “films that will make you cry’.”

Barton is also aware that Goodfilms can make good use of the big data it collects:

“Glen has a background in hard math and statistics, and a big part of the company’s future will be turning our now “interestingly” large dataset into a really solid recommendation system. The extra axis gives us a significant amount of extra signals about people’s taste in films, which should give our recommendation engine the edge on ones based on a vanilla one-to-five-stars system.”

It could also result in an interesting debate among film lovers. “The two axis rating system has been divisive – it resonates really well with most people who come in contact with the service, but there’s a interesting group that seem to think the one to five star system is some kind of inviolable standard in judging movies. We never seem to run into any fence sitters on the issue,” Barton laughs.