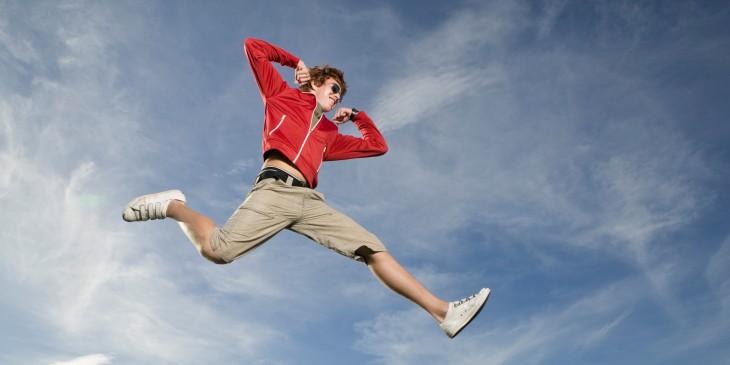 Launched in stealth earlier this year, Hopflow is claiming to be a “step forward” in the evolution of social content discovery. And today, the startup is launching its Web and iOS app in open beta.

Hopflow lets users Discover and share content through following specific topics rather than individual sources, and based on these interests, a personalized flow of stories from around the Web is reeled in.

So, I opted to ‘Hop In’ using my Twitter credentials instead, after which it asked for my email address, which seems like overkill to me. I’m not sure I should need to both link-up my Twitter/Facebook account AND provide an email address. Anyway, moving on…

Hopflow scanned my Twitter history and, quite accurately, told me all the subjects I am indeed interested in – there was a strong tech focus. And it also pulled in other topics that I must tweet about much more than I thought I did…such as tennis.

You can, of course, manually select and deselect options as you see fit, and once you click ‘Done’, you’ll have a long stream of news stories based around your topics of interest. It’s like Twitter, except you follow topics rather than accounts, and this comparison is given further credence with the ‘Rehop’ feature which lets you share your news with others.

So, Hopflow is a little like Flipboard or Pulse, except at no point do you manually choose which publications you follow. This will certainly work well for the less-established publishing brands –  Hopflow doesn’t require content creators to get people to follow them, because every post they create and share is automatically distributed to relevant Hopflow users.

“The social Web is full of content platforms that force people to manually follow and filter through sources and information,” says Erez Pilosof, CEO and Founder of Hopflow. ” In this contextual age, people want tools that are simple and provide targeted information. We believe that discovering and sharing stories about the things that interest you shouldn’t be tedious and time consuming but rather fun and easy. Hopflow eliminates unwanted noise and allows users to sit back and enjoy a beautiful image-based ‘flow’ of relevant content outside of their current social networks.”

A nice app, for sure, but the content aggregation space is very competitive. I’m not sure the focus on topics, without the ability to filter out specific publications, will appeal to everyone. But it’s certainly worth your attention.

Hopflow is available now on the Web or through the Apple App Store.

Read next: PlayStation Plus launches on Vita in the US next week, bringing six free games with it