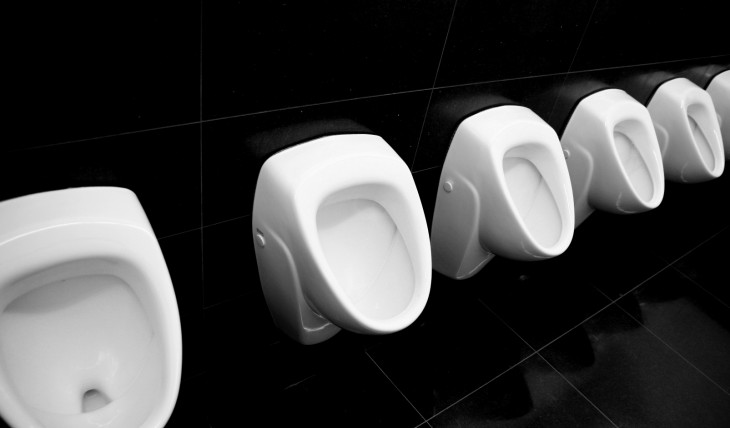 UK-based Captive Media has announced the closure of a $700,000 funding round as it looks to take its quirky pee-powered, interactive media technology to the masses.

The Chelmsford-headquartered startup burst into the headlines last year after news leaked of its urinal mounted, urine-controlled games console for men. It was touted as the first hands-free video gaming console of its kind.

Captive Media’s interactive media systems are installed above urinals in public venues such as bars, hotels and airports, providing light relief through games that are controlled by aiming left and right in the toilet bowl.

After appearing on the UK’s Dragons’ Den, it seems they were inundated with offers by investors looking to spend more than a penny.

Flush with cash, the company’s looking to use its $700,000 bounty to accelerate the product’s rollout across major public venues, and bring on board more big-brand advertisers.

The lead investors in a group of six include Cambridge-based technology fund Martlet, and serial tech investor Mike Ullmann, chair of Prodigy Finance.

The majority of its revenue come from sales of the units, but the company’s forecasting its biggest revenue stream will come from brands advertising on the screens.

After launching its ‘streaming’ product in Britain last year, Captive Media has since expanded into nine European countries and will soon be rolling out in major venues across the US, including airports and hotel chains.

“Since receiving a huge amount of media attention, we’ve been overwhelmed with enquiries from all over the world,” said Mark Melford, Captive Media co-founder. “People are responding to the fun, the interactivity and ‘talkability’ of our medium. Through the games and element of competition we’re really putting ‘social’ and outdoor media together for the first time.”

Martlet is the investment arm of the Marshall of Cambridge group, providing small (£10K to £100K) sums for early-stage technology UK startups, and typically will always co-invest with angels and small seed funds, with the capacity to follow on in subsequent investment rounds.

The latest investment round will also see Mike Ullmann and Martlet’s Peter Cowley join its board. “Captive Media has developed a novel and highly engaging consumer technology with applications across a huge potential market,” said Cowley. “Martlet’s involvement will ensure Captive Media accesses the best know how of the Cambridge technology cluster going forward.”

Captive Media also recently inked a deal with the Generator Hostels chain, with units due to be installed in Copenhagen and Barcelona by the end of the year.