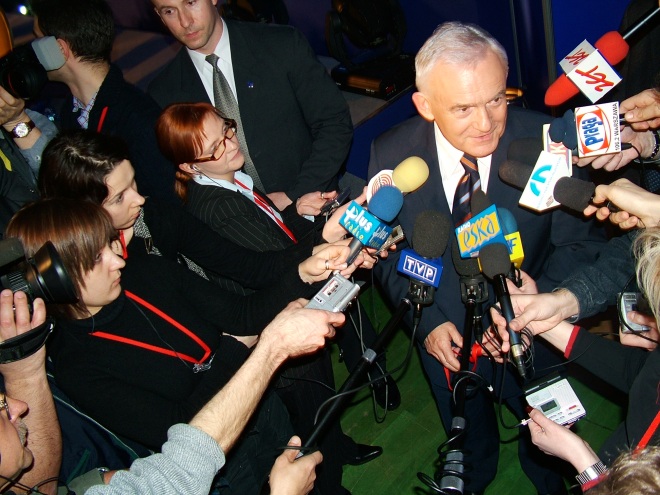 It’s rare that a press release lands in my inbox and gets a second glance, especially when it comes to an app that is trying to evolve, transform, or revolutionize news as we know it. Yet today, that’s exactly what happened, and it comes from The Washington Post, no less; The Fold, a new nightly newscast, has launched on Android and Google TV.

Here’s the part that caught my eye:

The Fold was designed specifically for Google TV and delivers breaking news and in-depth journalism in about 15 minutes or less, if viewers choose to skip to the topics they want. It is available on “PostTV,” a Washington Post app for Google TV and Android tablets and also online at washingtonpost.com.

This is how news should be, and thanks to the Internet, that’s where it’s going. TV news needs to catch up with that, and that’s what old media is trying to figure out how to do. It looks like The Washington Post has a decent idea of how to get started.

The second sentence shows that The Washington Post has a got a few things right: it has covered its bases with Google TV (minor), Android (the largest mobile platform on the planet), and the Internet (everyone else). Of course an iOS app would be a smart idea, and it’s odd that Android tablets are specifically mentioned, but I’m sure the app works fine on Android phones as well.

I don’t have a Google TV, nor do I have an Android device, but I certainly am online. Of course the real big deal will be when this type of app comes with your TV, but this is definitely a start.

The whole “skipping” thing comes down to execution (I should be able to press a button on my remote) but if the Fold doesn’t do it, you can bet a major alternative soon will. Unfortunately, the included video doesn’t show the app in action for very long:

The Washington Post says the Fold, hosted by Brook Silva-Braga, features Post reporters and newsmakers that deliver breaking news, in-depth analysis of complex issues, and original journalism regarding today’s issues. You can grab the official PostTV app for Android from the official Google Play store.

Read next: Announcing The Next Web app for Windows 8