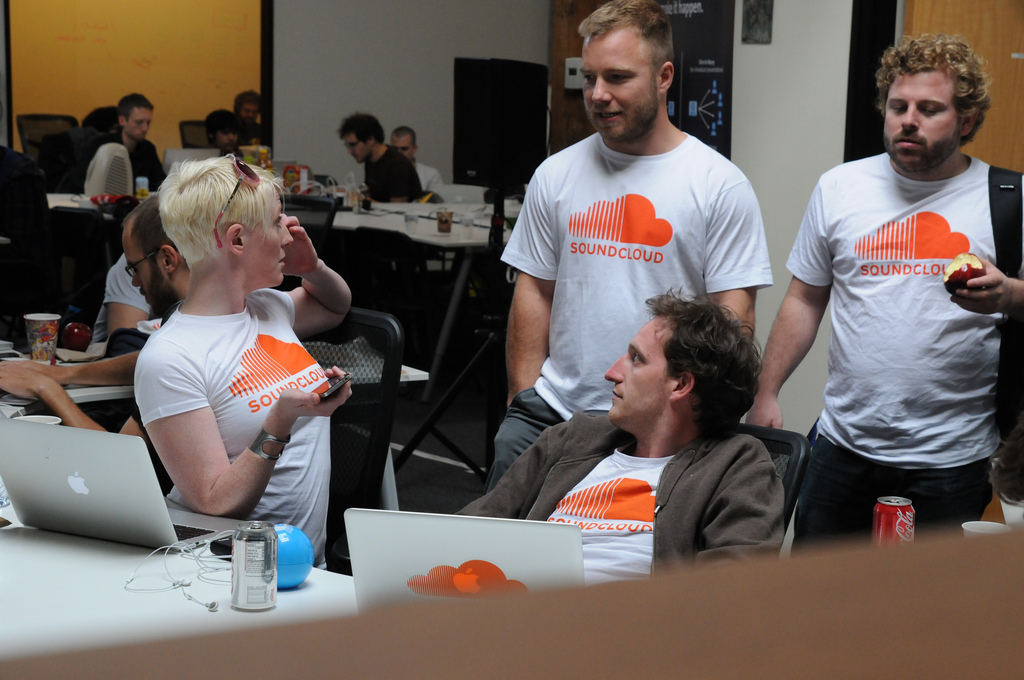 Updated: SoundCloud has issued The Next Web with a response, clarifying how it will work with Adyen. Scroll down for updates.

SoundCloud users may soon be able to sell their creations directly their profiles or upgrade their accounts in super-quick time after it was announced this morning that the company has partnered with one-click payment service Adyen to integrate its payment technologies and and fraud control services into its website.

The company says that it is currently in the process of integrating the payment service but remains quiet on just how it intends to utilise the services of the Amsterdam-based payment provider. SoundCloud doesn’t currently offer a way for its 15 million+ users to sell their tracks directly via its website, but does allow listeners to donate funds to users using the ‘online tipjar’ startup Flattr (which was founded Pirate Bay co-founder Peter Sunde).

It’s been a busy few months for the audio-focused startup, having recently unveiled “The Next SoundCloud,” which saw the company overhaul user profiles, include more sharing options, add real-time notifications and update its searching and real-time indexing features.

Early last year, it received investment from major tech VC firms Union Square Ventures and Index Ventures, allowing it to “grow faster and be more present in the US.”

Fred Wilson of Union Square, whose portfolio includes Twitter, Foursquare and Zynga, remarked at the time: “The web should not be mute. It largely is today. That must change…. Audio is the one media type that doesn’t have an obvious platform for posting and sharing… I’ve been looking for that platform for years. And I think I’ve found it at SoundCloud.com.”

We have reached out to SoundCloud for more details on its Adyen partnership, we will update the article should we receive a response.

Update: SoundCloud has issued us with a statement, telling us that it will be using Adyen to power its subscriptions service:

We undertook a review of our payments service provider alongside other solutions. We needed to find a provider that was more optimal for our high growth rate.

It doesn’t affect other payment solutions by third parties using our API, such as Ganxy and Vibe deck or other distribution solutions such as Tunecore.

Read next: Nearly 1 in 3 Chinese online shoppers are victims of fraud as annual losses add up to $4.7bn