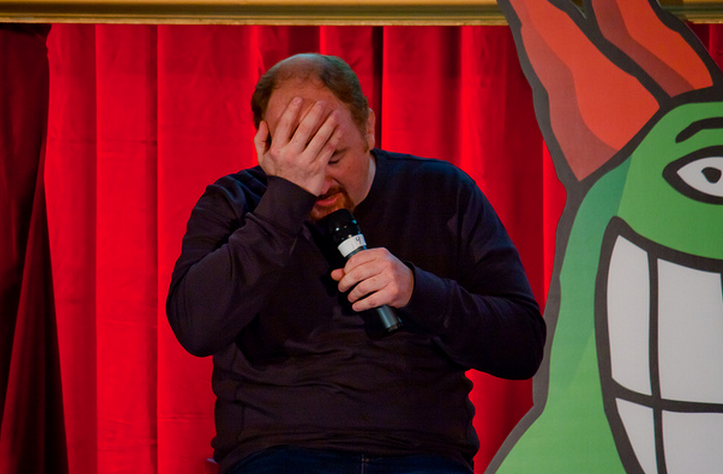 Comedian Louis C.K. made the technology world turn his direction when he decided to sell his latest comedy special himself, digitally, and DRM free. It was a smashing success. The $5 download proved a fresh model for artists in the broadband age.

Louis has again taken to task an entrenched business model, not television this time, but ticketing. For his shows, C.K. saw scalping rates as high as 25%, driving up the price of his shows for people who wanted to attend, by those who didn’t. That didn’t sit well.

So, he set out to sell his own tickets for his coming tour. Lowering the price in the act, the goal was the same as before: cut out the middle man, and keep the fan/artist relationship as close as possible. Component to his plan was a hardline policy against scalpers:

You’ll see that if you try to sell the ticket anywhere for anything above the original price, we have the right to cancel your ticket (and refund your money). This is something I intend to enforce. There are some other rules you may find annoying but they are meant to prevent someone who has no intention of seeing the show from buying the ticket and just flipping it for twice the price from a thousand miles away.

This system makes it so selling tickets is possible, but not at a profit. Therefore, if you can’t attend, you can still recoup your monies, just not at a higher level than your expense. What is the effect thus far? C.K. provided a statement to Laughspin [Condensed/Edited: TNW]:

I’m doing 67 shows on this tour and we’ve sold 135,600 tickets to those shows after one week on sale. In addition to the tour, I’m doing two shows in one city that are on sale through traditional ticketing.

There are 1100 tickets available on stubhub alone for those two traditionally ticketed shows out of 4,400 available ( Almost exactly 25%). [A]nd these shows aren’t sold out yet.

There are less than 500 tickets available on all scalper sites (including stubhub) out of the entire 135,600 tickets that have already been sold, from the tour sold exclusively on my site,louisck.com (substantially less than 1%).

In other words, scalping is down more than 96% using his model, compared to what he is seeing at the venues on his tour that are normally ticketed. That’s massive. And just for fun, at $45 a ticket, Louis has sold over $6 million in tickets. Not bad for an experiment.