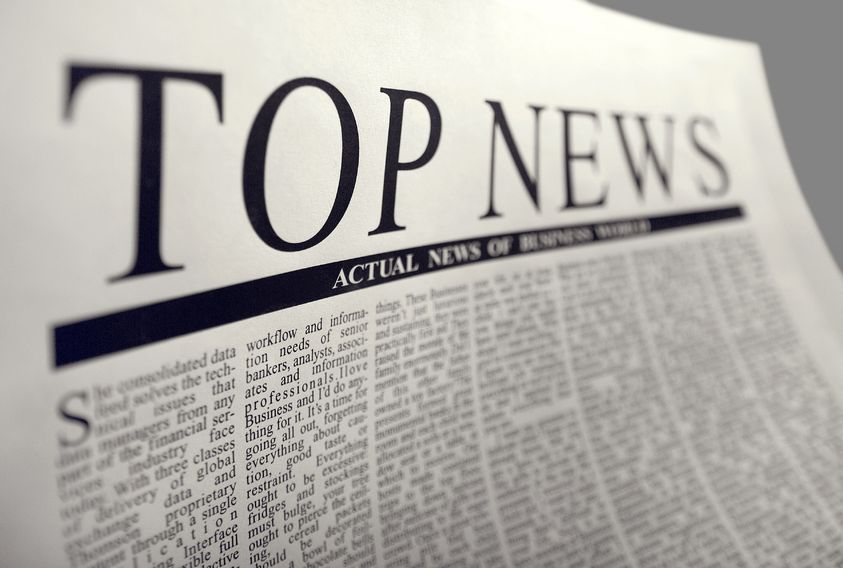 From Google I/O to News Corp’s plans, here’s a look at the most important news in the media world this week.

Google I/O from a media perspective

Google I/O developers conference in San Francisco was definitely the biggest piece of tech news this week, and also delivered its fair share of media-related announcements. As we reported in our Day 1 roundup, the company officially introduced two new devices: the Nexus Q “social streaming media player” and the Nexus 7 tablet.

While it is priced at $199, it would be silly to think of the Nexus 7 as a cheaper iPad, our Apple editor Matthew Panzarino explains:

“I’ve had a bit to play with the Nexus 7 now and it’s clear that, while it is good for an Android tablet as far as hardware, very little has been done to Jelly Bean to make it great for tablets. (…) But (..) the Nexus 7 is about consuming content, not providing you with the best overall tablet experience. It is there to help you suddenly realize that you might enjoy purchasing things, like the newly announced movies, from Google Play.”

As a matter of fact, movies, TV shows and magazines are now available to purchase on Google Play – and not only for rental. Film and TV partners include Disney, Bravo, NBCUniversal and more. It’s also worth noting that these titles can also be purchased on YouTube, as detailed on the video platform’s official blog.

Google released several other YouTube-related news announcements over the last few days, starting with the launch of a new YouTube app for Android. The fact that channels are a key part of its design is not an accident; as you may have noticed, YouTube has been focusing more heavily on curation over recently. Our editor Drew Olanoff talked to YouTube’s Playlist team and reports:

“Up until last year, everything that went into YouTube was all about the videos that are uploaded to the service. [YouTube’s senior product manager for YouTube Dror Shimshowitz] tells me that it’s becoming more about the channels that people create to showcase and share those videos.”

In addition, you can now tie your YouTube account with your Google+ profile if you are in the US – an option which will let you create playlists and share videos using your real name.

During Google I/O, we have also learned that Google TV will now integrate a “full” Google Play experience. Combined to its international expansion, this may help the platform gain the traction it has been longing for.

Earlier this week, we reported that Flipboard had agreed a deal to carry the New York Times’ content – including its pay-walled premium offering, which will only be accessible to subscribers.

Non-subscribers will still be able to access ‘top stories’ from the newspaper, as they already can on the Web, as the offical announcement explains:

“Times subscribers will have full access to all content including full articles, videos, photo slideshows and blogs. By tapping on The New York Times logo, readers will be able to browse stories from various New York Times sections, everything from Politics to Business to Style. As with other New York Times news applications, the Top News section of the app is free to all.”

It didn’t take long for the information to be confirmed: only a few days after the rumor first emerged, News Corp officially announced plans to split into two publicly-traded companies. If the project is approved, News Corp will give way to an entertainment company, with Rupert Murdoch as its CEO, and separate from the group’s ailing publishing business.

As The Atlantic pointed out, the move is hardly a surprise: “Some years ago, somebody called News Corp “a sports and entertainment company with a newspaper problem.” You can see why,” Derek Thompson wrote. “This sounds like fallout from the UK hacking scandal. Let me suggest that it’s more about separating a high-flying entertainment business from a weaker publishing business that accounts for one-tenth of News Corp’s profit and an even smaller share of its potential value,” he added.

One thing is for sure, the split will result in the creation of a profitable entertainment arm, which Staci D. Kramer describes as “21st Century Fox.” While this is good news for shareholders, Felix Salmon notes it may be less so for news. He detailed his view in a blog post titled ‘News Corp loses its news‘:

“Up until now, Murdoch has never really needed to worry very much about his newspapers’ profitability, because the rest of his empire was throwing off such enormous profits. That’s going to change. “

VOD: Beyond the US

Despite News Corp’s recent difficulties, Netflix is still worried about Sky’s position in the UK, which it describes as dominant. As PaidContent reports, the DVD rental and film streaming company is now giving itself one year to outbid Sky Movies for first-run film rights.

Yet, Netflix has another threatening rival in the UK: Amazon’s Lovefilm, which keeps on signing premium content deals – the latest in date is its film & TV licensing agreement with Fox. In addition, Netflix also faces increased competition in Latin America;  as we reported, Walmart is currently expanding its VOD service Vudu, starting with Mexico.

As for Hulu, it has signed a major content deal in Japan, which will bring HBO shows to its Japanese subscribers – but Japan is not the US, GigaOM warns:

“U.S. users of Hulu shouldn’t hold their breath for HBO content coming to the service any time soon. The shows added to the Japanese catalog are all part of the DVD window, and HBO has been successfully established its own online service HBO Go in the U.S. – and access to that offering is limited to cable TV subscribers who also pay for HBO access as part of their cable bill.”

The BBC gears up for the first digital Olympics

As the BBC keeps on adapting to the digital age, the corporation is now about to give its Red Button a refresh, by mixing it with BBC Online. As our Media co-editor Paul Sawers reminded us earlier this week, “the Red Button [was first introduced in 1999 as BBC Text and] constitutes part of the BBC’s digital TV offering, replacing its analogue Ceefax service. Today, the Red Button gets you alternative broadcasts, say, during sporting events, or text-based information on the day’s biggest sports or news stories.

“Imagine you’re watching Eastenders and realise you missed the previous episode. Press Red and instantly bring up iPlayer to catch up on the episode you missed. Or you’re watching a cooking programme and you see a recipe you’d like to try. Press Red, save it for later and access the recipe on your computer, tablet or mobile when you’re ready to cook.”

As for sports, the institution is getting ready for its first digital Olympics – and we now know that its plans include Facebook. As we reported, BBC Sports introduced a new Facebook livestream app on time for Wimbledon, which it will further improve before the Olympics.

The iPhone has just turned 5 years old, and there is no denying it: this small device has changed news forever, Mathew Ingram insists. This is true for both news consumption and news creation.

On one hand, 55% of US adults browse the Internet on their phone, according to a new study released by the Pew Internet and American Life Project. On the other hand, many of us have become citizen reporters, a trend in which mainstream media is increasingly interested. As we reported a few days ago, the Huffington Post has closed a partnership with Ustream, which will let it include videos filmed by Ustream’s community to its breaking news reports.

On a related note, Farhad Manjoo decided to take a closer look at the sources behind Buzzfeed’s viral stories, and found out that the website often relies on the work of amateurs and on their online collaboration on platforms such as Reddit. While his reverse-engineering effort doesn’t openly accuse Buzzfeed of any malpractice such as plagiarism, it certainly breaks part of the myth behind the site’s virality:

“The secret to its viral success is to find stuff that’s already a minor viral success and make it better. Repeat the process enough, and you’re bound to get a few mega-hits. That’s not genius. It’s a machine,” Manjoo writes.

Do you agree with Manjoo’s take on Buzzfeed? Let us know in the comments!

Read next: Uber customers will soon be able to summon cheaper cabs and wait for it...Ice Cream trucks.