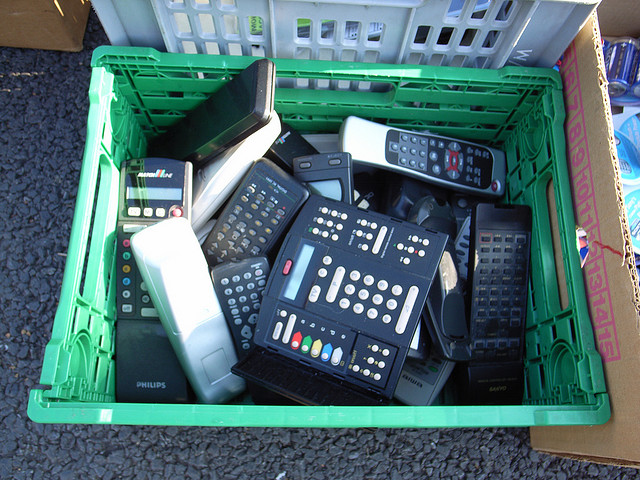 Evomote is a Spanish startup that hopes to transform your smartphone into a personalized TV guide, and its pitch during the Wayra Madrid Demo Day earlier this week was very well received.

This was a good example of how much startups can change during an acceleration program – for the better. When we first listened to Evomote’s pitch last February, the company’s main focus was to develop a new control system for televisions. While it hasn’t entirely disappeared from its product, it is now focusing much more heavily on content discoverability.

According to its CEO, Alberto Soria López, what happened is that its team realized that it could add much more value as a recommendation engine than as a pure TV remote. Discovering content we like is difficult; we may have hundreds of channels, but always end up watching the same ones, or not knowing what to choose.

At the same time, smartphones are gaining ground all over the world, and we are increasingly using them while watching TV, Evomote’s mentor Alberto Benbunan pointed out the team to Wayra’s Demo Day’s investor-sprinkled audience,

With that in mind, Evomote’s solution includes a multi-platform app, which lets users receive general and personalized recommendations that they can also share with their friends. Here are a few screenshots from Evomote’s website, which describe its key functionalities:


As you can see above, Evomote will now be competing with companies such as BuddyTV and Zeebox, among others. While the remote function that gave the startup its name hasn’t disappeared, it now comes third in the list:

Interestingly, Evomote’s service isn’t limited to a B2C model, which is both hard to monetize and highly competitive. Instead, it is also offering operators a B2B2C model, in which they can partner with Evomote to integrate its cloud platform to their set-top boxes or to use Evomote’s own external hardware, the EvoBox you saw pictured above.

In other words, Evomote’s product has three sides: a B2C app, an API and a box, the latter two of which it plans to offer to triple-play carriers keen to improve their pay TV service. This SaaS approach is an interesting bet – and likely a better fit for Evomote’s team than a pure B2C approach. According to Soria López, a telecom engineer, he first met his co-founders when they were all working for Telefónica’s R&D unit, where he was a consultant for TV mobile services. They then all went separate ways, before reuniting to create Evomote.

As the entrepreneur Lucas Cervera pointed out on Twitter, Evomote is indeed a good example of open innovation by Telefónica. Not only has the team received support and acceleration from its accelerator, Wayra, but its demo video showcased Movistar Imagenio. More importantly, the large scale pilot project is about to start will be conducted within Telefónica. If it is successful, it wouldn’t be surprising to see the Spanish telecommunications giant become one of its main clients – in Spain of course, but also in the other territories where it operates, such as Latin America.

As a matter of fact, Evomote already has international expansion on its roadmap for the first half of 2013, with plans to operate in Latin America and Western European countries such as in Portugal, France and Italy, as well as in Latin America. Before then, it will have to reach two other important milestones: raise an additional €200k and make its product available in Spain in the fall.