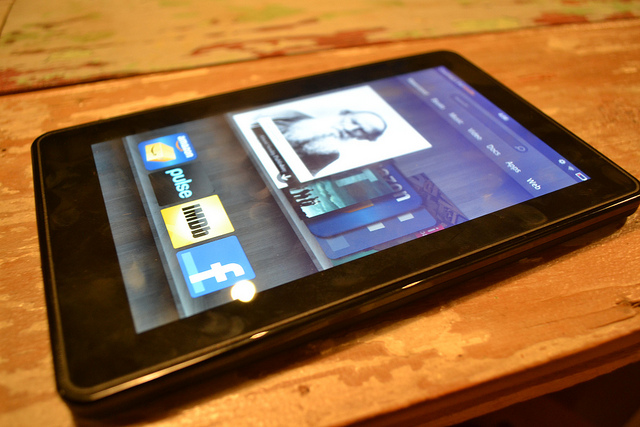 HBO GO is now available on the Kindle Fire, the cable channel announced today. Following the launch, users will be able to access its catalogue of over 1,400 film & TV titles directly on Amazon’s tablet at no additional cost.

If you own a Kindle Fire and are a HBO subscriber, all you have to do is to download HBO GO’s app in the Amazon Appstore for Android. Once you open it on your device, you will get access to shows such as ‘Games of Thrones’ and ‘True Blood,’ as well as movies and other content. More importantly, these series are available for instant streaming, and HBO insists that its offer is deep, as it includes “every episode of every season of the best HBO shows.”

According to HBO, the app includes features such as ‘Watchlist’, which let viewers queue content they want to watch later, and ‘Series Pass,’ which automatically add new episodes of their favorite series to their watchlist.

From Amazon’s perspective, this partnership is a way to boost the time users spend playing with their Kindle Fire, while reinforcing its positioning as a multimedia entertainment device, Amazon Appstore’s director Aaron Rubenson explains:

“We are thrilled to offer HBO GO to the growing community of millions of Kindle Fire owners. The HBO GO app will offer instant access to HBO’s incredible lineup of shows.  Kindle Fire owners already download and use apps and games frequently on their devices, and we expect that only to increase with the addition of HBO GO and all of its popular content.”

While this new app will certainly please existing HBO subscribers, it will also likely fuel the demand for a standalone HBO service. As we reported, a site called takemymoneyhbo.com already calls members of the public to express their interest in such an offer, and received endorsement from personalities such as Foursquare founder Dennis Crowley.