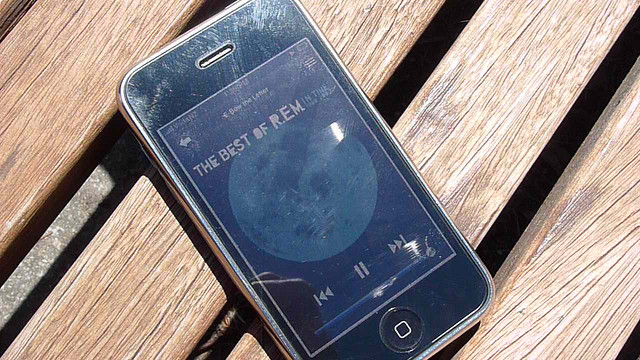 UK music discovery app Shazam has decided to leverage its data to try to predict this summer’s music hits. Made public today, its tentative top ten includes popular artists, such as Usher and Calvin Harris, but also surprise entrants.

If you are wondering how Shazam came to its conclusions, the answer is simple: data mining. With 7 million tags per day, generated by 200 million users, the company is in the front row to find out what we would like to listen to. According to Shazam’s Director of Music and Content, Will Mills, these figures can also be used to anticipate trends:

“We can already see in advance which songs will be big, because their tagging pattern is quite peculiar. We can notice unusual behavior around a specific track – thousands of people thinking: “Wow, what the hell is this?” and using Shazam to find out the answer. This usually starts weeks or even months ahead of the trend.”

Shazam Tag Charts have already proven themselves in the past; according to the startup, it accurately predicted Lana del Rey’s and Jessie J’s success before they both hit the mainstream. “In fact, up to 85% of the songs that get to number one in Shazam’s charts go on to break into national top 10 charts, as well,” Mills adds.

With its summer top ten, the company now hopes to apply the same approach to a new segment — and a hot one, Mills tells us:

“We know that playlists change dramatically in the summer, especially in the regions where seasons are very defined, such as Europe in the US, where summer is also associated with vacation. The weather actually has a huge influence on music trends, and people in those regions behave differently in the summer – they dress differently and listen to new songs, which means that you get a lot of novelty tracks.”

Shazam’s top ten predictions for this summer are mostly based on the number of tags each song has generated so far. As a matter of fact, Gotye’s ‘Somebody That I Used to Know‘ is currently receiving no less than 1.5m tags per week. Several of the songs on the list have also been riding high in the charts for the last few weeks and/or come for popular artists, such as Nicki Minaj and Usher, featured with two different tracks.

Shazam’s bets also include songs which have been performing well in one or several countries, and could now become global hits. This is the case of the popular Brazilian singer Gusttavo Lima, who may well be the next Michel Teló, but also of Rudamental, whose track “Feel the Love” has been number one in the Shazam New Release Chart UK for several weeks. “US programmers are more likely to select a song which has taken the #1 spot in the UK and across Europe – we have already seen this several times with dance music,” Mills explains.

This trend could also benefit to indie bands such as Alabama Shakes, whose song ‘Hold On‘ has been one of the most-tagged indie/alt tracks in the UK this year, and is now starting to make movement in Shazam’s US Tag Chart. “In Europe, the radio landscape is more diverse than in the US, so it’s also more reactive. It means that a song can go from underground to massive hit more easily,” Mills says.

On a higher level, Shazam also hopes to use this opportunity to prove its relevance when it comes to conversion rates. According to Mills, “[checking out a song on Shazam] has a big impact on engagement. This is true of sales, with no less than 8% of our users going on to buy that song they have checked – but it also translates into other actions, such as checking when that band will go on tour and buying tickets.”

Here is Shazam’s full list of predictions (from which the super sticky hit “Call Me Maybe” is surprisingly absent):