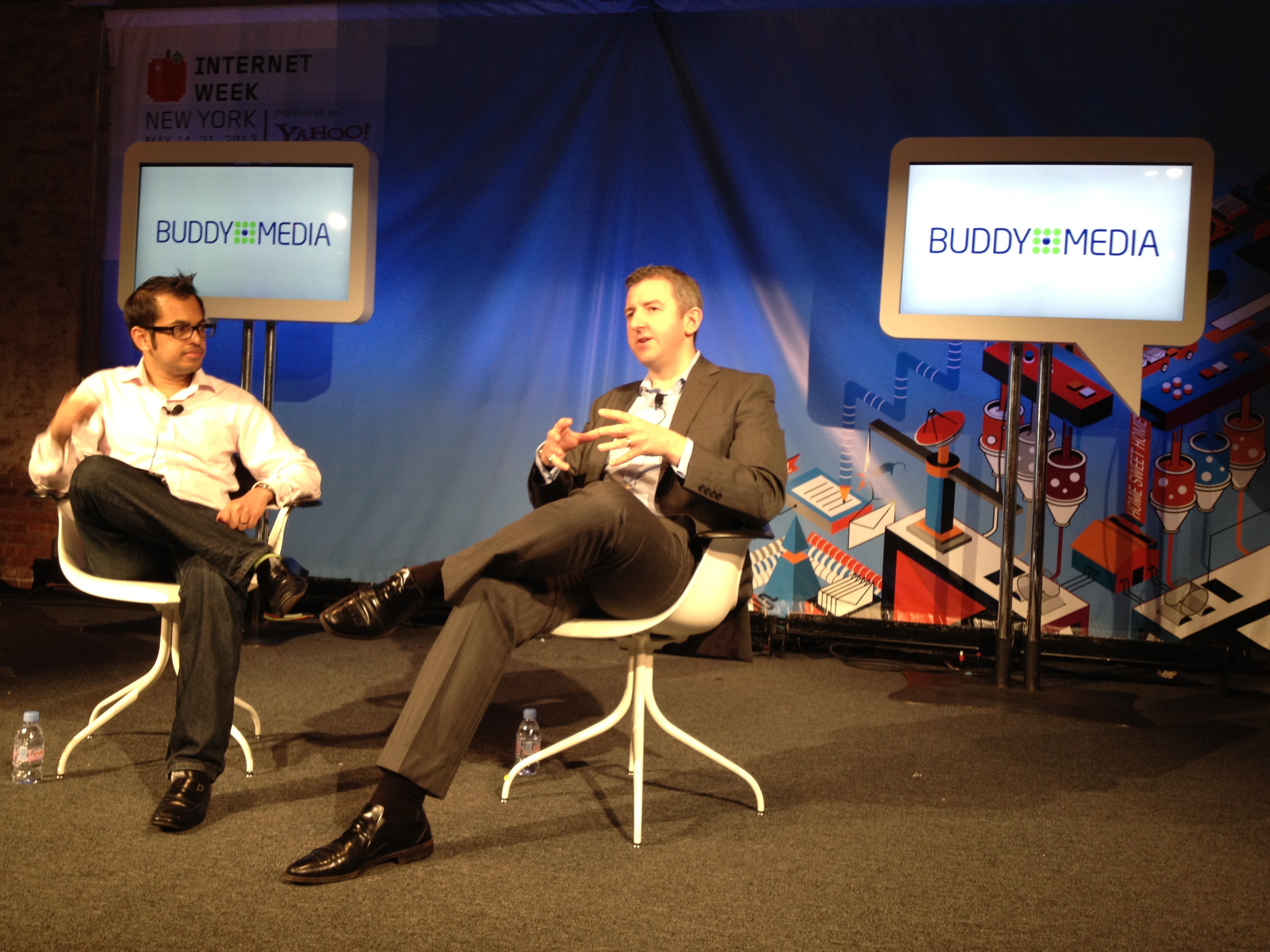 By the end of the year, the Financial Times could have more digital subscribers than it sells print copies, FT.com‘s managing director Rob Grimshaw predicted this week during an on-stage interview with NewsCred‘s CEO Shafqat Islam as part of the Internet Week New York.

According to Grimshaw, who has been heading the newspaper’s digital operations for the last four years, the FT currently has a whopping 270,000 online subscribers – almost as high as its 310,000 print copy circulation, which it may soon exceed. Update: Grimshaw’s numbers were slightly outdated, as the FT now has 285,000 digital subscribers.

As we previously reported, the FT’s subscription revenue is also on course to overtake its ad income in 2012. So how did the FT manage to build such a solid digital user base and to monetize it? It all comes down to swimming against the tide. Not only did the newspaper venture earlier than others into online content, but it also took a bold approach by betting on subscriptions, rather than free content. “In a world where advertising won’t pay the bills, you have to try other things,” Grimshaw said.

On the other hand, its decision to go for quality over quantity helped it build an online product that readers are willing to pay for. As a matter of fact, its total paying audience is now bigger than it has ever been, Grimshaw pointed out.

Still, online media isn’t only about content, and technology also plays an important part. It also turned out to be one of the FT’s main assets, thanks to digital innovations that paid off. While its decision to opt for HTML5 was quite bold, its web app has drawn no less than 2m users in only ten months.

However, Grimshaw didn’t hide that bypassing Apple and its Newsstand wasn’t an easy decision. But, when Apple tried to change its relationship with publishers and become an intermediary between media outlets and their readers, the Financial Times progressively realized that its only option was to do without Apple.

While Grimshaw acknowledged things may be different for an independent developer, he insisted that established media outlets shouldn’t underestimate the power of their own brand – or overestimate app stores and digital newsstands. The New York Times, for instance, doesn’t need Apple either for people to know it exists. As for The Financial Times, it decided that it would rather cut ties with the company than lose its valuable direct relationship with its customers.

Still, HTML5 represented a big challenge. Despite the fact that the FT had hired some of the best developing talent by acquiring the London-based studio Assanka, it decided to keep negotiating with Apple for a few months.

However, it only took three months for the test results to be good enough to convince the FT that HTML5 would be a viable solution. As for Assanka, it has recently rebranded as FT Labs, which shows its integration to the newspaper’s online strategy.

Since then, the app has been performing extremely well, Grimshaw said. The numbers speak for themselves, but it is particularly interesting to see that the FT didn’t have any discoverability issues. “It is actually easier to promote outside of Apple,” he explained.   Search remains a key traffic driver, while the newspaper’s social presence also drives additional page views and engagement.

Read next: Sprint now offering $100 credit when you trade in an iPhone from any other carrier