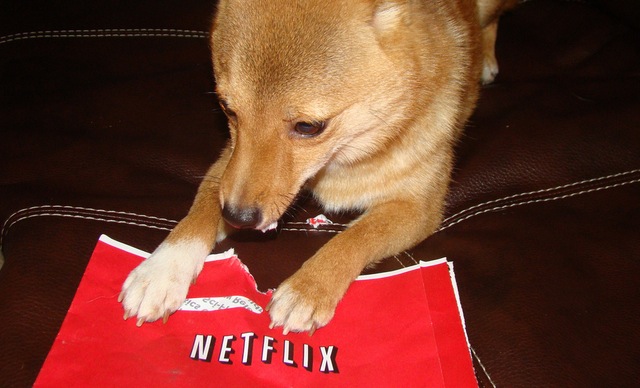 Netflix has updated its web player with a redesigned control bar and better support for small windows and advanced controls in full screen mode.

The redesign has consolidated the controls into a single bar that is less verbose, relying on icons to get the point across. Netflix shows off the old and new look:
Old:
New:

Some screenshots shared with us by Jacob Penderworth demonstrate the new look well while in action.

One of the changes that was made, the ability to view season and episode info right in fullscreen mode:

There is also a nice overlay that appears when a player is paused that shows information about the media being played. You can read Jacob’s thoughts on the new interface here.

I tried the new player in Google Chrome and Safari, and Chrome does not appear to work at the moment, claiming an old version of Microsoft’s Silverlight plugin as the issue. Even when updated, it still refused to play, though, so I’m assuming it’s an incompatibility with the new player. Hopefully it will get fixed soon.

Update: Make sure you’ve updated to Chrome 19.0.1084.46 at least, as that corrected the Silverlight problem for me.

Read next: Sure Facebook has 900 million users, but its engagement is smoked by these other sites