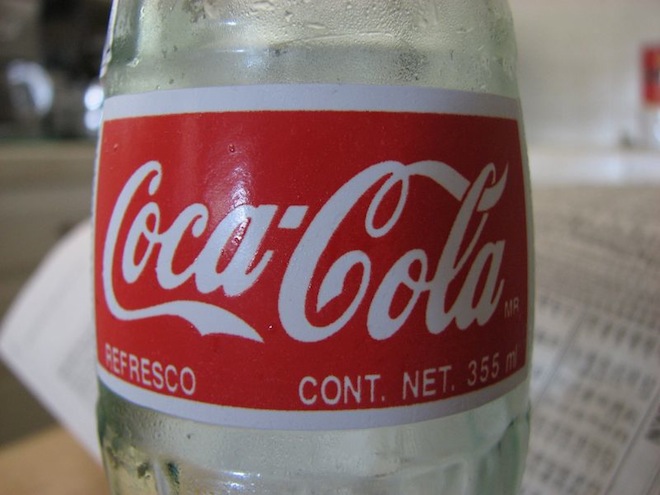 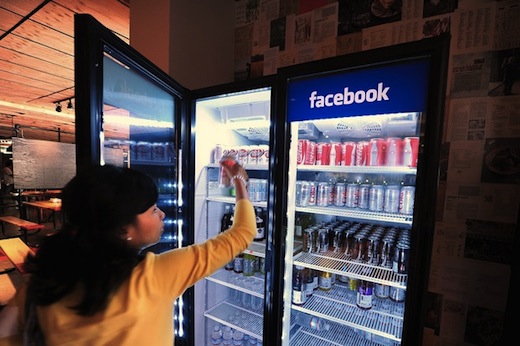 The impending Facebook IPO is a sizeable one. Scratch that. It’s fricking gigantic, that’s what it is. No wonder financial media worldwide are quietly slipping into frenzy mode. A little too deep perhaps, actually.

Take this StreetInsider article, which suggests Coca-Cola’s share price is getting a boost simply because Bloomberg picked the above picture of a Facebook employee grabbing for a refreshing can of Dr. Pepper in a recent story.

The author of the story kicks off by writing:

Coca-Cola (NYSE: KO) shares may be trending higher Wednesday morning not on PepsiCo. (NYSE: PEP) news — as one might expect — but from a strategic headline photo from Bloomberg. Maybe.

As The Next Web’s Matt Brian put it succinctly on our internal messaging tool: “Could an article be any more speculative?”. Doubtful.

The StreetInsider article ends with:

Seems silly, but it’s good advertisement for Coca-Cola, especially with all the attention the upcoming Facebook IPO is getting. We’re just saying.

Shares of Coca-Cola are up 0.4 percent in early trading.

They’re down about 0.6 percent at the time of writing. A ‘next-generation financial news analysis service’ giving you an ‘inside look at Wall Street’ indeed.

On the other hand, lighting stores all across the United States are seeing surging demand for the lamps you can see in the background of the picture, while American Apparel HQ is reportedly having trouble keeping up with requests for more yellow shirts from retailers nationwide, and jewelry stores are clamoring to keep up with demand for the exact same earrings and bracelet the girl in the picture is wearing.

In fact, even the refrigerator in the pictures is dangerously close to getting out of stock in electronics stores across the United States as well.

Read next: Girls in Tech launches in the UK and collates European top 100 for women in the sector