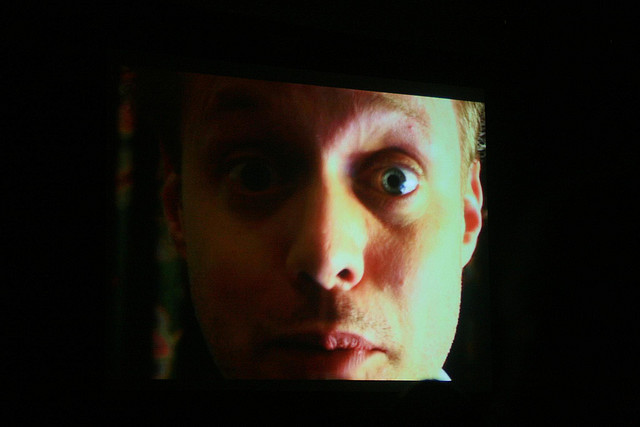 Before the “YouTube Generation” of video stars that made bucks from ads for their rambling videos, there was Ze Frank. His appropriately titled “The Show” launched in 2006 and was a year-long experiment. While some of Frank’s videos included goofy commentary on current events, there was an underlying glue that held the whole series together. That glue was a brand of dry and sometimes self-deprecating humor that was a perfect bite-size way to start your day.

Frank was one of the very early video-on-the-web creators to to attract advertising dollars for his episodic content. Brands of alcohol put down money for pre and postrolls, just to get in front of his loyal community.

Ze Frank is back, and this time his community is paying the bills. Using the most popular crowdsourced funding platform out there, Kickstarter, Ze Frank rallied his loyal followers to help him start up the show once again, under a new title, “A Show”.

In 2006, I launched a show called “The Show With Ze Frank.” It was one of the most strange, exciting, difficult, and amazing things I have done so far. I think it is time to do something similar, what with the economy in the crapper and the election coming up. If Newt can do it, so can I. So can we.

There’s no real way to actually describe Ze Frank, as his work speaks for itself. One of the funniest stories that I remember about Frank’s first run was that people would comment on how little, if at all, he blinked. During his patched together rants, you would see nary an eye-blink, and it looks like the trend continues (count the blinks on one hand):

“A Show” will run three times a week, and Frank promises more interaction than ever with his fans and viewers, calling this show more collaborative than the original, as if that’s possible.

Read next: The ad budget for the Lumia 900 practically guarantees a ludicrous per-unit investment