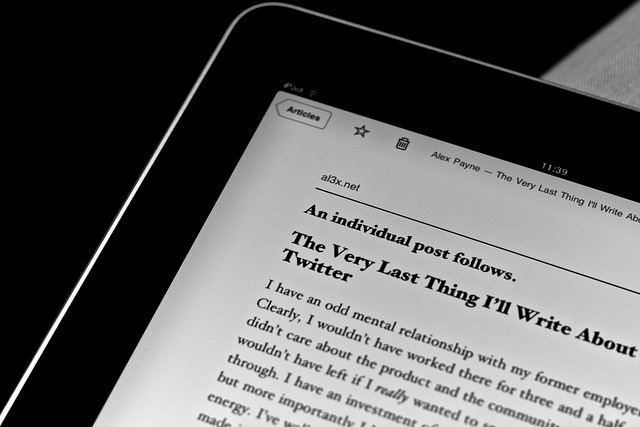 The ‘read it later’ service Instapaper revealed in a tweet when its rush hour happens:

Mornings in the U.S. are by far the busiest time for Instapaper: over 300 requests per second and 60,000 queued Kindle deliveries to make.

We don’t know if Instapaper is talking about EST or PST hours, but this could also have to do with the fact that Europe is still awake at that time, as shown on this simulation we made with the meeting planner WorldTimeBuddy:

For Instapaper, which has users all over the world, this could create a global peak in connections, explaining its whopping 300 requests by second during that period. As it pointed out in another tweet, it’s an impressive figure “when you consider that most of the service’s usage is from an app designed to use requests conservatively and work offline.”

This also confirms the app’s huge popularity, which is likely to keep on growing when the app gets a Retina Display upgrade for the new iPad. As we reported, Instapaper’s father Marco Arment revealed that he is working hard to have the new version ready by next week.

Yet, it also reflects our daily routines, as many of us start our day by reading the news. After all, didn’t the German philosopher Hegel write in the 18th century that “reading the morning newspaper is the realist’s morning prayer”? It seems this still holds true in the twenty-first century – except our newspapers are now digital.

Read next: Sold out: What you'll be missing if you didn't buy tickets for London Web Summit in time