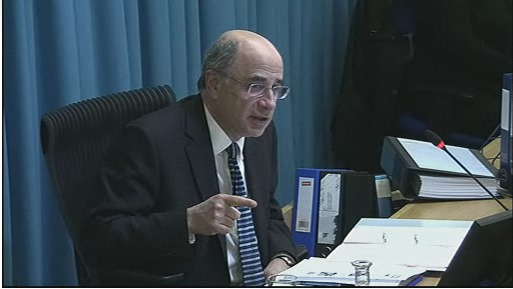 Whistleblowing website WikiLeaks has revealed that the UK’s public inquiry into the culture and ethics of the British media has requested a submission on corruption in the UK press, to which it has obliged by submitting a 100-page dossier.

Just to recap, last July UK Prime Minister David Cameron appointed Lord Justice Leveson to Chair a public inquiry into the culture and ethics of the British media, with a remit to look into the more specific claims surrounding the News of the World phone-hacking fiasco, with a second inquiry running alongside reviewing the the more general practices of the UK media.

Earlier that month, Rupert Murdoch killed off his flagship Sunday tabloid The News of the World, abruptly ending a 168-year legacy. Whilst it was a bit of a sorry end for the paper, it was indicative of the crimes for which it stood accused after news emerged that it had hacked into missing teenager Milly Dowler’s mobile phone’s answer machine. It was this episode which kick-started the Leveson inquiry.

WikiLeaks announced the request had been made via its official Twitter account this afternoon, though it does spell ‘Leveson’ incorrectly:

UK news: Levenson Inquiry has asked WikiLeaks for a submission on corruption in the UK press. We have submitted over 100 pages.

The fact that a request has been made through such an official route will surprise many. WikiLeaks has fallen foul of authorities around the world after releasing a wave of confidential information. For example, it published a huge assortment of military records in 2010, culminating in the US diplomatic cables leak later that year.