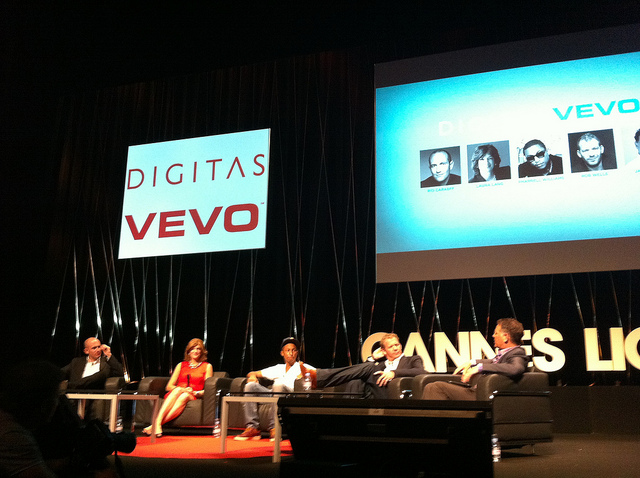 According to an email popular music video site VEVO is sending to users, it will only be accepting registration via Facebook moving forward starting March 9th, with the subject line of “The new VEVO.com is coming”:

Last September, VEVO announced a Facebook integration that would allow you to share videos with your friends on the social network as part of its launch on Facebook’s Open Graph at f8 last year.

There have been rumors that VEVO, which is owned and operated by Universal Music Group (UMG), Sony Music Entertainment (SME) and the Abu Dhabi Media Company, had been talking to Facebook about moving the hosting of its platform away from Google’s YouTube to the social network’s. This would be a huge coup for Facebook, as musicians are finding quite a bit of success using its social network to share tracks and connect with fans.

In addition to the email announcement that VEVO users will only be able to login with their Facebook account, the login page for the site currently states the same thing, suggesting that a Facebook login will give users “the full VEVO experience”:

Will the full experience soon be one without the VEVO branded YouTube player? It’s unlikely that a deal with Facebook will be struck before the company comes out of its quiet period pre-IPO, but the partnership would likely drive up the interest for buying shares in the company as controlling the experience of music videos from record labels like UMG and Sony would be a huge boon for Facebook advertising.

Read next: Twitter confirms it cooperated with Boston Police to provide details of a user