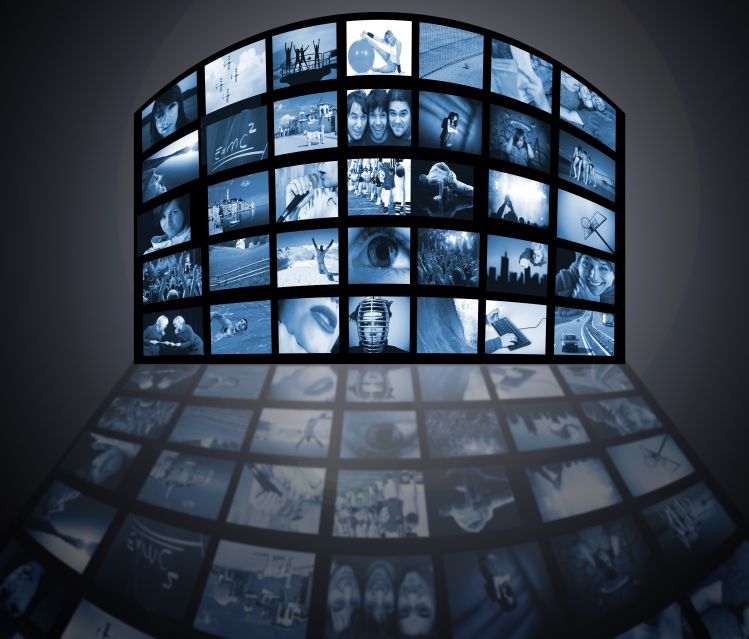 Will Silicon Valley kill Hollywood? Based on recent developments, it seems much more likely that the two will converge, as professional-quality original programming makes its way onto the Internet.

Not only is it increasingly common for content producers to try their luck on platforms such as YouTube and Vimeo, but this move is now actively encouraged by the main players in the online video sector, from Amazon to Google.

This isn’t entirely a surprise. For platforms such as YouTube, it makes sense to ensure that high-quality videos will be posted to the site to attract even more eyeballs and ad dollars.

With that goal in mind, Google decided to foster partnerships with content producers, starting with its YouTube’s Partner Program, which is now expanding to additional countries. Besides amateurs, it is also reaching out to professionals and celebrities, with the recent launch of premium video channels.

Google is not an isolated case, and other online platforms are taking it one step further and producing new content. It can be a welcome rehash of an existing series, such as Netflix’s decision to bring back ‘Arrested Development’, or of an existing TV screenplay other broadcasters have passed on, such as Hulu’s ‘Battleground’.

From distribution to production

Even more interestingly, both Hulu and Netflix figure among the companies that have shown interest in producing content from A to Z. While Netflix recently launched ‘Lilyhammer’, a Norwegian-American comic drama that the BBC deemed good enough to license, Hulu is also commissioning documentary series, the latest being ‘Up to Speed’ from the indie director Richard Linklater.

Although budgets haven’t been disclosed, Netflix’s investment in original content seems sizeable, and likely higher than Hulu’s – as we previously reported, Netflix’s spokesman Steve Swasey said in an email to Bloomberg that original content accounts for about 5% of the company’s content budget.

Yet, Netflix’s trial and error approach is quite limited compared to Amazon’s strategy. From screenwriting to distribution, the company seems ready to take the bull by the horns and take full control of a new kind of production cycle.

Somewhat overlooked, Amazon Studios is the proof that Amazon is willing to take a new approach to content sourcing. One way to define Amazon Studios would be to describe it as an elaborate screenplay contest, where anyone can submit their work to the community and hopefully get their movie made – Amazon has a first-look deal in place with Warner Bros.

However, this goes well beyond partnerships, and Amazon itself clearly hopes to benefit from this initiative. As reported by C21Media, the company is currently hiring three creative executives to develop original kids and comedy programming. Production will take place through its US development arm People’s Production Company, and ideas will be primarily sourced through Amazon Studios.

For online platforms, a logical decision

As you can imagine, the main reason why online distribution platforms are getting into original programming is to differentiate themselves – between them, of course, but also from traditional TV.

This also explains why they are moving fairly slowly and carefully in that direction; broadcasters are both their competitors and their partners, a relationship they can’t afford to endanger yet.

At the same time, a company such as Netflix is fully aware that TV Everywhere and similar services could represent a huge threat to its position.

With original programming, online distribution platforms are making sure viewers will still have a reason to visit their sites even if their premium content pipeline dries out – as long as this exclusive original programming is good enough to attract them, that is.

A positive impact on the film system?

Some may say this trend was long overdue. After all, online platforms have been benefiting from pre-existing content they haven’t participated in producing, and many producers think it is about time that they start re-injecting some of their money into the circuit.

While the entry of new players into the production space has drawn skepticism, there are reasons to believe they could also bring a breath of fresh air to the film business.

Instead of becoming one more Hollywood studio, online platforms could also make the most of their identity to disrupt the sector and propose a novel approach to filmmaking and entertainment.

As a matter of fact, a company such as Yahoo! can use its tech background when it comes to producing original shows, the WSJ reports:

Yahoo’s programming choices are often driven by data, says Ross Levinsohn, the company’s executive vice president of the Americas. After tracking the torrent of clicks that news stories about wedding engagements routinely get, Yahoo commissioned ‘The Ultimate Proposal.’ In each episode of the reality show, which Yahoo says has attracted 11 million total views since its premiere last October, a host “helps single people from all across America step up, take a knee and deliver the marriage proposal of a lifetime.”

Based on the content that these sites have released so far, it seems their production values have little to envy to the average TV series. However, it remains to be seen whether they will be able to create hits that are strong enough to compete with premium content as an equal.

Do you think this trend is a good thing for the film business and the rest of us? Let us know in the comments.

Read next: The life and death of a smartphone rumor