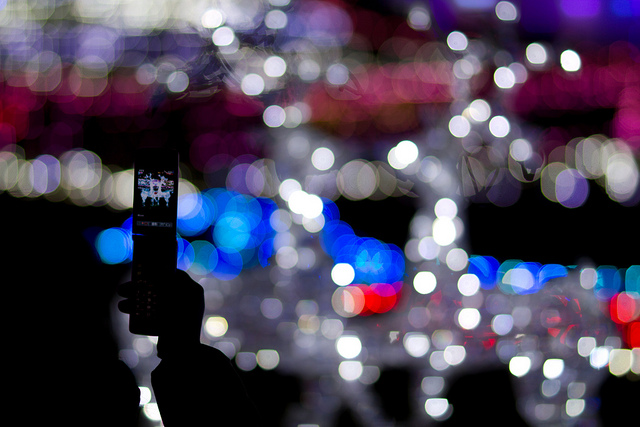 Video uploads via mobile devices are now much more common than they used to be, the photo and video sharing service Photobucket found out in a survey it conducted after Christmas.

Besides its Post Holiday Survey findings, the Denver-based company also integrated data garnered from its user base, which it summarized in an infographic.

Now independent again from News Corp, Photobucket claims to have 100 million users, who already uploaded 9.5 billion images so far. It also seems its recent partnership with Twitter gave it the boost it needed; according to Photobucket, its users currently upload over 4m images and videos per day.

Mobile video on the rise

Parts of this post holiday survey results are particularly interesting to understand the changing ways in which we interact with our cameras.

As we mentioned, video is increasingly popular; according to Photobucket’s data, 80% of the 2,227 respondents shot a video at least once during the holiday season. This is a net increase compared to summer 2011, a period on which the company had conducted a similar survey.

According to the company, its internal data further supports these findings, as video uploads to Photobucket.com have “more than doubled” in the past year.

From digital cameras to mobile devices

As you can imagine, the surging popularity of mobile video is connected to the fact that our mobile devices are increasingly optimized for shooting quality pics.

This obviously had an impact on other photography devices. As Photobucket’s respondents also reported, the use of digital cameras has decreased this year, a trend that confirms the growing importance of camera-equipped mobile phones for amateur photographers (see our post ‘Did Apple redefine photography with the iPhone?‘).

It’s not just about the iPhone, Photobucket points out; according to internal data, 25% of its users’ mobile pictures were uploaded from Apple devices, while the remaining 75% came from Android devices (though it leaves us wondering what happened to Windows Phones and other platforms).

But beyond iPhones, Android phones and other smartphones, it is way too early to write digital cameras off. While only 64% used them as their main photography device this holiday season (vs. 82% in 2010), 38% of the respondents still switched between mobile devices and digital cameras in 2011.

This leads Photobucket to suggest that we still prefer to use cameras for pictures we care the most about. This could also have to do with the fact that we have all of our devices handy in the comfort of our homes during Christmas typical dinners, which isn’t always the case during summer holidays. 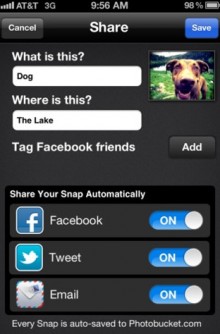 Overall, it’s worth keeping in mind that many users aren’t using mobile apps yet – 43% of the survey group have yet to try a mobile app for photos. However, those who do use these are increasingly active – 42% of the respondents used such an app more than once a day, up from 20% in Photobucket’s post summer survey.

The company seems particularly satisfied of its second free app, Snapbucket, which lets users edit and share pictures from their phone.

“We saw explosive growth in mobile in 2011; in fact, we topped 10 million mobile downloads to end the year,” Photobucket’s CEO Tom Munro says.

Sharing is also more and more common; 83% of the respondents stored their holiday images online, many of them with the intention of making these available through one or more social networks:

While it is way too early to know how 2012 figures will look like, chances are they will look quite different. It will be particularly interesting to take a closer look at social sharing; while MySpace’s popularity is declining, it remains to be seen if Google Photos could become Google+’s killer feature.

Read next: BSkyB's online TV service is coming to some Android handsets in February