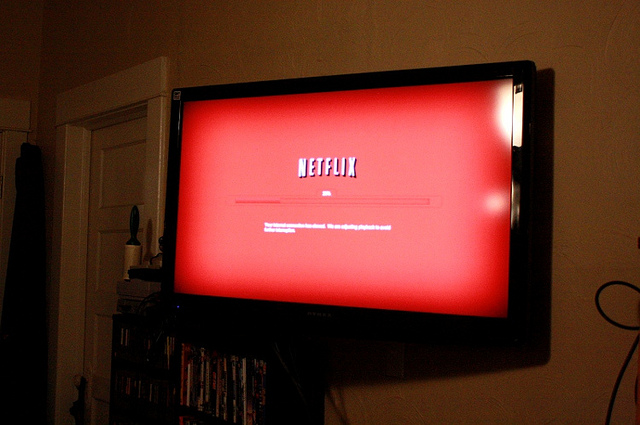 Netflix found its way back to customer acquisition for its streaming offer during 2011’s last quarter, the film & TV streaming and DVD rental service announced.

As for its financial results, they are also up – its global revenue grew 47% year-on-year during the last quarter, reaching US$847m.

However, its international business is far from profitable, and registered US$60m in losses over the last quarter, impacting profitability – Netflix’s net income is down 13% year-on-year to US$41m.

Yet, this was to be expected, as the company had warned its shareholders it would have to invest heavily in marketing and content acquisition to promote its offer abroad. Following its recent expansion, Netflix is currently operating in 47 countries.

As for its DVD business, it is still ailing. Netflix lost 2.76m DVD subscribers over the last quarter as a result the recent PR disaster which had already cost the company 800,000 subscribers in Q3, but also of its price hike, and more generally of the transition towards streaming offers.

Besides its earnings, the company also highlighted a few interesting data points about its users. For instance, Netflix reminded its shareholders that its members enjoyed over 2 billion hours of Netflix streaming video in Q4 – approximately 30 hours per subscriber on average.

The company also hinted at what’s coming. “We will continue to increase our content spending sequentially every quarter, but not at the year-over-year rate expected in Q1 (more than doubling),” its CEO Reed Hastings and CFO David Wells wrote. In contrast, its competitor Hulu announced last week that it would spend US$500m in content acquisitions in 2012, up from a reported $300m last year.

It doesn’t mean that Netflix ignores it will face competition, particularly in the US. Says its letter to shareholders:

“We compete for viewing time with a very wide range of providers. As other viewing solutions for TV shows and movies get better, we will face increased competition and potential decreased viewing share. On the other hand, if our service improves faster than others, we will increase our viewing share.”

The company also makes clear it wants to do what it takes to beat this competition when it comes to content acquisitions:

“Last quarter, we explained that the evolution of video streaming services to a large extent reflects the legacy of television networks: namely, historical reliance upon exclusive content as a differentiator. Consistent with this practice, we are increasingly licensing content on an exclusive basis,” the company’s top managers declared.

What’s next until Spring?

As for the immediate future, the company expects its international business to remain a loss leader, while its domestic streaming and DVD businesses should both generate profits. Here’s Netflix’s guidance summary for this quarter:

Read next: How one man got lost in a computer, and other tales from the forgotten days of tech