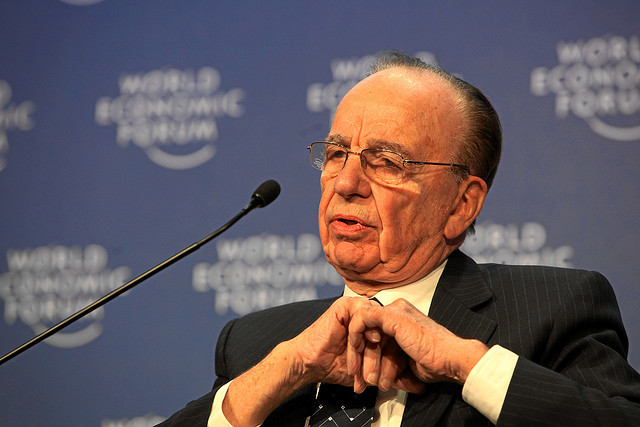 In a relatively grumpy sounding missive on Twitter, media giant Rupert Murdoch has indicated that many Senators and Congressman who have previously been supporting Stop Online Piracy Act have been scared off of backing the bill.

Murdoch blames the ‘blogosphere’ for ‘terrorizing’ them, attributing their fickle nature to the fact that ‘politicians [are] all the same’. You said it Mr. Murdoch.

Seems blogosphere has succeeded in terrorizing many senators and congressmenwho previously committed.Politicians all the same.

If ‘many’ of these representatives have truly been ‘scared’ off of supporting the bill, so be it. It’s short-sighted, loosely worded and has the potential to be more damaging than it ever has to be protective.

It was a great day for the entertainment value of Twitter when the embattled Murdoch joined. In recent days he has taken to the service with many pro-SOPA opinions, including the fact that ‘big majorities’ in both houses were sold out by the President to please ‘search engines’.

Murdoch has also called the arguments against SOPA ‘nonsense’, comparing it to the blocking of hate speech:

It’s good to see that the willfully obtuse notions about what SOPA will and will not accomplish, and the damage that it stands to cause extend beyond the MPAA.

Read next: Microsoft says it opposes SOPA 'as currently drafted', no other action planned