Using Pastebay as its sounding board, the movement has stated, “As we watch the web go dark today in protest against the SOPA/PIPA censorship bills, let’s take a moment and reflect on why this fight is so important. We may have learned that free speech is what makes America great, or instinctively resist attempts at silencing our voices. But these are abstract principles, divorced from the real world and our daily lives.”

The post goes on to list fifteen demands and points of action from the detailed, ” We demand the elimination of the DMCA’s registration requirement for qualification under the “safe harbor” provision. It’s absurd that a website owner needs to mail in a form and pay a $100+ fee to the government to register a contact for copyright violations. A web page at a standard location (a la robots.txt) should suffice.”

To the more open, ” All research receiving any public funding, directly or indirectly, must be placed in the public domain upon publication,” and “Courts must accord bloggers the same rights as mainstream reporters. The right to a free press originally meant a literal, physical printing press – not membership in some government sanctioned elite. Blogs are the modern day digital equivalent.” 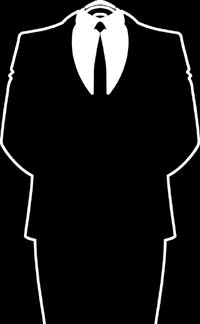 Anonymous appears to have a coherent list of ideals in this particular post, but not many of them adhere to the original ethics of wreaking havoc “for the lulz”. What it does show is that Anonymous has a very wide ranging set of interests and understanding when it comes to copyright law and legislation. It may point toward future action, or as it might say, “Expect us”.

Not surprisingly, the post ends with a rally cry, “We call upon all freedom loving Internauts to join us. We further call upon our legislators, bureaucrats and the media & telecommunications industries to immediately begin implementing our demands. The future of free speech is bright, and clear – either stand with us or get out of the way.”  Though no clear plan for carrying out the wishlist has been revealed, something for individual ‘Internauts’ to consider for themselves maybe.

Is there something for everyone in Anonymous’ latest post or is the organisation too prone to fragmentation to get their demands met?

Read next: Kodak refuses to go away quietly, sues Samsung over five patents