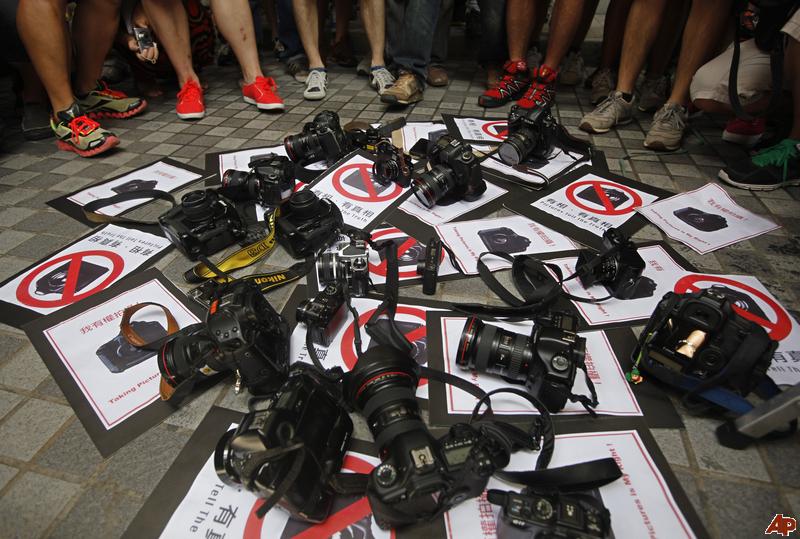 In 2011, 43 journalists were killed because of their activities, the Committee to Protect Journalists (CPJ) informed today in its annual report.

This sad figure, a record since the CPJ’s first report in 1992, is unfortunately a low estimate, as the organization didn’t include the numerous unconfirmed cases (35 in total) where motives couldn’t be determined.

Although journalist fatalities aren’t new, 2011 marks a shift, as targeted murders declined while deaths during dangerous assignments increased, the CPJ points out. Conflict zones have proven to be particularly deadly for journalists, with Pakistan, Iraq and Libya topping the fatalities’ ranking.

“Conflict zones” have to be understood in a broad sense, as media professionals have died covering street confrontations during the uprisings across the Arab world (also see our coverage on TNW Middle East). “Journalists working in this environment are in no less danger than war correspondents covering an armed conflict,” said Ahmed Tarek, a reporter for the Middle East News Agency who was assaulted by police while covering protests in Alexandria, Egypt, the CPJ reports.

This shift corresponds to the peculiar nature of 2011 – which CNN’s managing director Tony Maddox recently described as “the most demanding year we can remember” – but perhaps also to a change in journalism itself, as real-time, on the ground coverage becomes increasingly important. In this context, photojournalists and camera operators are particularly exposed.

* As you may notice, it adds up to more than 100% as multiple answers were allowed.

As these numbers show, one in five journalists killed this year worked for Internet media outlets – and 8 of them were online journalists, the CPJ specifies.

This is new, and corresponds to the emergence of online journalism, particularly among front-line reporters; as the CPJ notes, Internet journalists rarely appeared on its death toll before 2008.

While targeted murders have diminished and no longer represent three-quarters of journalist deaths, they haven’t disappeared. In 2011, 19 journalists were murdered, including in Russia and the Philippines.

The death of Maria Elizabeth Macías Castro is a striking example of the dangers freelance, Internet journalists are exposed to. A Mexican freelance journalist, she was found decapitated alongside a note signed by a criminal group blaming her posts on social media sites, the CPJ recalls. This is not an isolated case – 11 journalists have been reported missing in Mexico over the past decade.

As we reported, Latin America has been described in a recent report as the most dangerous region for journalists. While the CPJ’s report only includes confirmed work-related deaths in its total, it notes that 20 of the 35 deaths in which it has yet to confirm a work-related motive were in the Americas.

“In much of the Americas, the web of crime and official corruption, combined with a lack of effective law enforcement, makes the determination of a motive exceedingly difficult”, the CPJ says.

Poor law enforcement particularly puts journalists and bloggers at risk. According to the CPJ, “among murder victims, more than 70 percent had reported receiving threats in the weeks before they died” – and a prompter reaction from local authorities would help make the press less vulnerable.