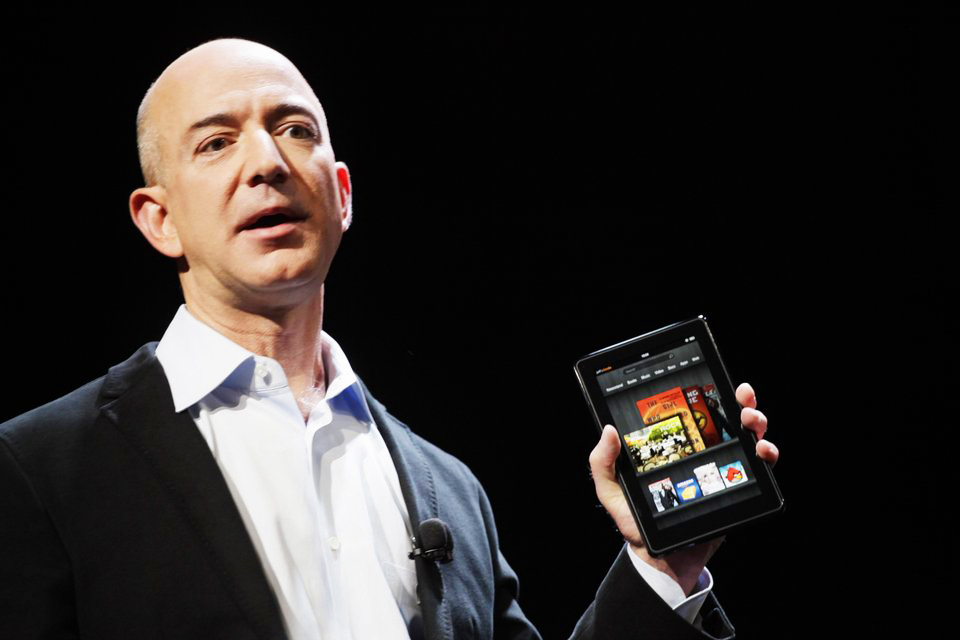 In January 2011, the Pulse news reader app had 1 million users. By the end of this year, that number will reach 10 million.

Pulse, a Palo Alto based startup, takes your favorite websites and transforms them into a colorful and interactive mosaic. Just tap an article to see a clean and elegant view of the news story. Sharing a story on Facebook and Twitter takes two taps. Use the browser bookmarklet to save stories for reading later across all platforms. It even syncs with Instapaper, Read it Later and Evernote, although with offline reading available on Pulse, this is more a nicety than a necessity.

The app has 5 stars out of out of 2,500 ratings and is one of only 50 apps in the Apple App Store Hall of Fame. Currently, the company has more than 250 publishing partners and that number is growing fast. Pulse co-founder Akshay Kothari visited New York this month and told us about the wildly successful ride he and his co-founder, Ankit Gupta have had since building the app in Launch Pad at Stanford University. 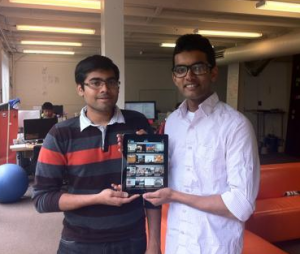 “In just 18 months, we’ve seen all the different aspects of building a company for the first time. We’ve had to learn on the job, wearing many hats, and had to build a product on all platforms with a small team. When Ankit and I first started, he said, ‘Let’s try to get 100 users to buy this so we can at least recoup losses on the iPad’ And now we’re coming up on 10 million users…It’s been a very humbling experience, and we feel very fortunate,” says Kothari, pictured right with his co-founder Ankit Gupta, who are just 25 and 24, respectively.

Last month, when Amazon released its first multimedia tablet, The Kindle Fire the Pulse App was one of three pre-loaded apps on the new device, next to Facebook and IMDB. While Pulse had consistently placed in the top 2-3 apps in the Android news category and had been working with Amazon to tweak its app, Gupta and Kothari were still taken by surprise.

“We had no idea about Amazon’s new device until this summer when they reached out to us and wanted some changes to our Android app, which we did very quickly for them,” explains Kothari. “We presumed they were looking at a bunch of apps and if they liked us they might put us in there. We were very diligent with all their requests to keep with the feel of the Fire. They wanted Pulse to feel native and not just like any other app.”

“I found out the day [the Kindle Fire] launched when I saw it in the home screen…it was definitely a surprise,” Kothari says.

The Kindle Fire is projected to sell over five million units before the end of the year, meaning that Pulse’s engineers have had to prepare for nearly doubling its user-base in a very short period. In a post on the Pulse Engineering Blog, Pulse’s Greg Bayer explains that Pulse’s infrastructure has been designed with scalability in mind from the beginning. They’ve built their website and client APIs on top of Google App Engine, which has allowed them to grow steadily from 10s to many 1000s of requests per second, without needing to re-architect their systems. Interestingly, Pulse on the Kindle Fire runs on Google’s App Engine Platform-as-a-Service offering as opposed to Amazon’s Silk web browser, which is powered by the Amazon Web Services cloud.

It’s still very early days for Pulse and it hasn’t been a completely smooth ride. In June 2010, Apple pulled Pulse from its App Store just hours after Steve Jobs mentioned its founders as two of the most promising developers for the iPad. The reason being that The New York Times claimed the Pulse News Reader app made commercial use of the NYTimes.com RSS feeds, in violation of its Terms of Use, thus, the use of its content was unlicensed. The New York Times is still absent from the Pulse App today.

The news aggregation and online publishing space is an exciting right now with startups like Zite, Flipboard and Onswipe in attendance at the tablet publishing party. In New York. Kothari met with Jason L. Baptiste, the CEO of Onswipe, a tablet publishing startup in NYC. “We both agreed that we need better brand advertising, and that we don’t have to fall into the web ad crap…but Jason says ‘Apps are complete bullshit’ and I don’t agree with that,” says Kothari, smiling.

“All the players in the field are doing different things and targeting different audience segments. Ours is information dense. For example, we see a lot of people in the financial industry use it to keep up with their portfolio companies. It’s a big market that we can all co-exist in and cater to different use cases,” says Kothari.

So what’s on Kothari’s Pulse App? On his home screen he’s got WSJ, The New Yorker, Fast Company, Harvard Business Review, Ad Week and ESPN. His Design section includes Better Living Through Design, Cool Hunting, Core77, Dwell and Home Designing. He also has a Lifestyle section including PunchFork, Put This On, The Sartorialist and The Go Eye. (Kothari tells me it’s his dream to meet The Sartorialist a.k.a Scott Schuman– And that dream might come true if the team opens an office in New York, a decision it’s currently debating.)

To date, the company has raised $9.2 million dollars from New Enterprise Associates, Greycroft Partners, and Lerer Ventures. Lerer Ventures’ Manager, Ken Lerer, was the co-founder of The Huffington Post, so he’s particularly helpful when making introductions to publishers.

Even before Pulse was announced on the Kindle Fire, the company was adding 1 million new members a month. The 15-person team has built its app on 8 different platforms and Pulse also comes preloaded on all Samsung tablets. Currently, 60% of Pulse users are from the U.S., while 30% are in Europe and 10% are in Asia. This has clearly been the year of distribution for Pulse with a focus on consumers. The next step is to figure out how to monetize the content and keep publishers happy.

Read next: Business development secrets, from a startup's perspective