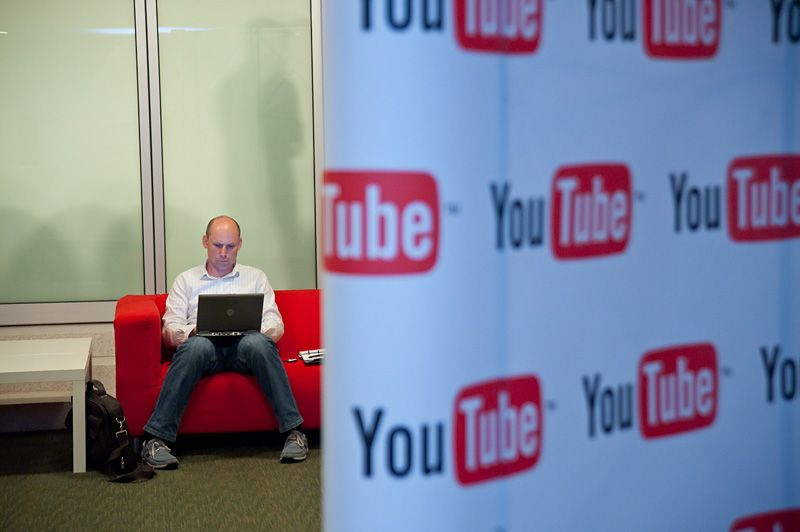 Did you know that Facebook is one of the top 10 video destinations in the US, with 135m streams per month? This is one of the findings Nielsen just shared on its blog.

Let’s have a closer look at these interesting figures: 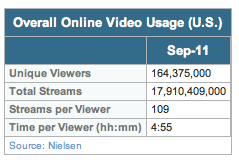 According to Nielsen, over 164 million Americans have watched audiovisual content online during the month of September. Besides, US viewers spent an average of almost 5 hours watching online video, compared to 4h30 in June.

In other words, online video usage is growing fast, although the average American still spends way more spend in front of the TV.

The top 10 online video destinations in September were almost the same as in June, to the exception of ESPN, which made its entry on the list, and Netflix, which exited it.

Still, it’s worth looking at the details and notice that the vast majority of viewers accessed YouTube, which attracted 126m unique users out of 164 (vs. “only” 108m YouTube users in June.) Both Facebook and Yahoo! have gained users, but Yahoo! grew even faster, taking Facebook’s third place in the ranking.

However, things are quite different when sites are ranked by time per viewer. Indeed, Netflix is now back on the list, and in the pole position. Indeed, its users spend a whopping 10 hours on the site each month, while YouTube users, in comparison, spend less than 3 hours on the site.

This is easy to explain, as Netflix focuses on long-form content (film and TV series.) Besides, it has paid subscribers, who want to get their money worth of film and TV content.

Although you may be surprised to see Chinese sites on the list, such as Tudou and Youku, the explanation may well be similar. Indeed, these video streaming platforms are also known for hosting long-form content – which users often upload without owning the rights to do so. The same goes for Megavideo, which hosts many pirated films. This means that content piracy could be the main explanation for these sites’ performance.

Were you surprised by these numbers? Let us know in the comments.

Read next: Evernote's Skitch for Android passes one million downloads in 7 weeks