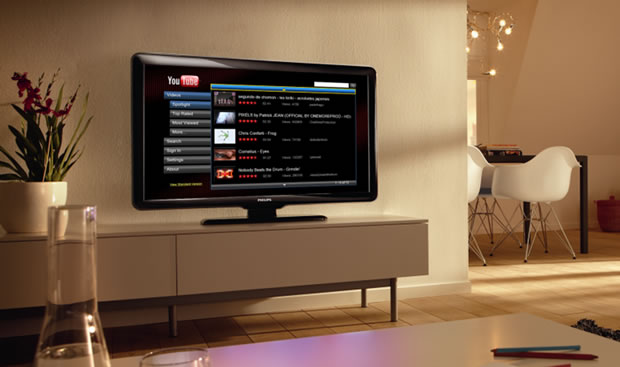 It’s not at all uncommon for TV shows these days to have Internet-only content. Unfortunately, most of the things that have started on the Internet and then transitioned to TV (Sh*t My Dad Says, for instance) have been pretty terrible. But what if you took a contest, started it online and then moved it to TV? That’s exactly what The Big Playoff is doing, and it could be incredible.

Before we get into the heavy details of how this will work, let’s look at the team behind it. CEO Chris VanKula spent 8 years at Doubleclick and Google before leaving in April of this year to create The Big Playoff. He’s joined by Creative Director Brice Faubel whose extensive background in Web and UX design should help to keep things both pretty and functional.

So why do it? VanKula says that it all comes down to a simple fact – “There really isn’t a good platform for doing this. The closest competitor is a company called Wildfire and, while they’re very easy to use, they’ve not really branded themselves very well.”

Video contests, posits VanKula, have proven to be very engaging and his market research shows that they’re getting a large amount of advertising revenue. Unfortunately, everything up until now has been reliant on forcing consumers to use a different platform each time, so The Big Playoff is aiming to be a central platform that any brand or company can use in order to host video contests.

To prove its worthiness, The Big Playoff is going to dogfood its product by creating a game that’s akin to Survivor, where contestants will have a different contest each week. The results of those contests will be voted on by the Internet and elimination will all happen because of those votes.

Ideas for the contests will come from the viewers, too. This crowdsource mentality should help to keep viewers engaged and it will keep ideas fresh. Advertisers can sponsor challenges, as well. For instance Sony Pictures could provide 60 seconds of dialog from an upcoming movie, then contestants would have to create a video around that dialog, the results of which would be voted on by the viewers.

Now here’s where things get really interesting – Once a certain amount of time has passed and a specific number of contestants remain, the entire thing will move to TV.

I have to admit that my initial reaction to this was to bristle a bit. I asked VanKula how he planned to get past hurt feelings (for lack of a better term) on the part of the cable cutters. While his answer might not apply to TNW readers, I begrudgingly had to admit that he’s right:

“Cable cutters are still the vast minority. We’re considering how to do a live stream, as well as the TV show as one option. Another option is to have a loser bracket that will go back to online-only, then vie for their chance to win their way back onto the show.”

The platform itself is 100% developed and VanKula has already run a closed beta to make sure that it all works as intended. The site itself is undergoing some final touches all in preparation for a September 9th launch of the first public beta for The Big Playoff. Here’s where you come in.

The Big Playoff is looking for people to register, both to play the game and to judge it. Prizes will be awarded for challenge winners, including an iPad 2 for the first person to win a challenge. For this public beta, it will all live online though the team is working on a TV partnership even as I’m writing this. Still, it should be an entertaining way to play an online contest and it can open a lot of doors for the future.

The Big Playoff intends to license itself to companies that want to use its platform at some point in the future. For now, though, it’s all about making sure that the platform is every bit as engaging as it can be without unnecessary advertising:

“We decided to create a game that people want to play and then insert advertising responsibly. If there’s one thing that I learned from Google it is to take care of your real customer first, then layer in advertising in a responsible way.”

So there you have it. Will The Big Playoff have what it takes to make the Internet to TV jump? Not unless you sign up to play or judge. So head over to the site, get yourself registered and let’s see what happens when reality TV comes to the Internet.