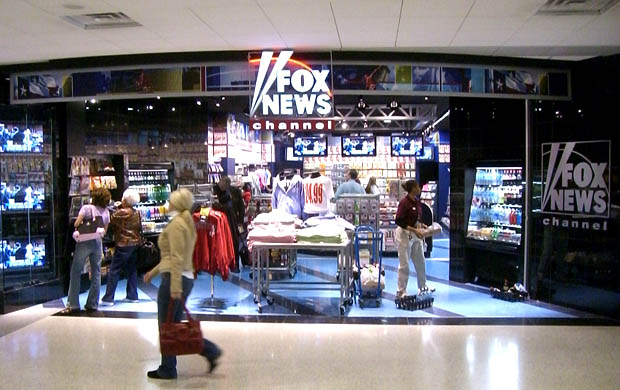 Fox has found itself the target of a hacking campaign once again after attackers managed to compromise the Fox News Politics Twitter account and used it to spread misinformation that the US President had been shot and killed.

Whilst the group doesn’t affiliate itself with the loose online collective Anonymous, or the now disbanded LulzSec, Scriptkiddies reached out to the former to extend its support, offering help with the now infamous “AntiSec” campaign. It also followed closely in the steps of LulzSec by directing visitors to the group’s official Twitter account which, unlike its more established and revered predecessors, was suspended within hours of the account being popularised.

The group quickly set up a new account, which at the time of writing contains one tweet:

With full control of a Twitter account with 33,000 followers, the Scriptkiddies group began a campaign of misinformation which first attempted to trick followers into believing the account was back in Fox News’ control, before reporting that President Obama had been shot and had then died:

As America wakes up to celebrate Independence Day, many could be duped into believing the President had been gunned down, especially as they would believe news was being reported by a reputable outlet with an established following.

Also, as we published this report, the group deleted tweets detailing the hack so that the news would appear more authentic.

The group links back to 4chan, a site which is widely reported to house many members that associate themselves with the Anonymous collective, following advice from one such member which suggested they do the following:

If you had tweeted some fake news (i.e. Fox News sources say Obama died of a heart attack this evening), it would have had a bigger impact. Just saying. Others would have taken it over and sourced it to Fox News.

It is not known whether Fox News is aware of the compromise, we have reached out to them for comment.

Update: Think Magazine, a campus publication from Stony Brook University, scored an interview with the attackers:

“I would consider us to be close in relation [to Anonymous], 2 of the members of our group were members of Anonymous,” said a representative of The Script Kiddies, who, for reasons that should be quite clear, asked to remain, yes, anonymous. “I was a member of Anonymous. We hope to be working with them soon.”

We are looking to find information about corporations to assist with antisec. Fox News was selected because we figured their security would be just as much of a joke as their reporting. It will be a never ending battle

The names change from time to time like LulzSec and Anonymous or Script Kiddies. But [there] will always be a group of people that need to stand up for everyone else and attempt to keep the government in balance with it’s people. Without groups like Anonymous, what is there to prevent corruption?

Read next: Twitter drops following requirement for Direct Messages on some accounts [Updated]