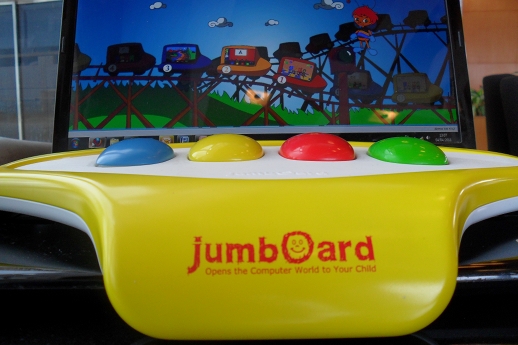 At this year’s South by Southwest conference, Samsung erected a large screen hub to visualize social media activity at the event, allowing its attendees to view the tweets and check-ins in real time. Several weeks after the conference, the tech company used the data it had curated to create an infographic detailing the volume of social media output that had emanated from the conference goers (a design company I work for helped Samsung create the graphic). During the time it collected the data, Samsung had logged over 375,000 tweets and 120,000 check-ins on geosocial apps.

As conference attendees become more digitally connected, news emerges from an event at a faster and faster rate. A word has hardly escaped Steve Jobs’ mouth during one of his keynote addresses before it’s tweeted out or live-blogged for the millions of readers who are following along at home. Panelists are no longer speaking to a small, select group, but can now have their speeches dissected in real time by people thousands of miles away. Jeffrey Harris recognizes that a conference organizer’s job is not just to make arrangements for on-the-ground attendees, but to optimize it for online coverage as well. Harris runs the social media strategy for the Aspen Ideas Festival, an event that has been taking place this week in Aspen, Colorado. The conference, which has occurred annually since 2004, is purposefully far-removed from most major metropolitan areas. This year it has over 2,000 attendees, 300 speakers, and close to 200 sessions. Put on in collaboration between the Aspen Institute and The Atlantic, the Aspen Ideas Festival is considered to be one of the most coveted forums from which to speak and is regularly attended every year by Supreme Court justices, former presidents, and CEOs of Fortune 100 companies. Or, as one snarky Salon writer put it, “The festival … is like South by Southwest for people who are willing to pay Thomas Friedman money for his thoughts.”

The first step to optimizing your conference for social media sharing, Harris told me, is to ensure that people can actually log on to the internet. “We’ve made efforts to extend the regional wi-fi across the entire campus,” he said in a phone interview. “We’ve brought in extra signal strength repeaters from AT&T.” And at the end of every year the organizers survey its staff, speakers, and attendees about their experience, a strategy that allows them to flag any technical issues that need to be addressed the next year. “Our geographic location is such a benefit for us in that it allows us to have a really unique atmosphere for our guests,” Harris said. “At the same time, we realize this isn’t somewhere everyone can get to, and even if they could we wouldn’t have the space on campus to accommodate them. So we really want to make sure that we’re spreading what’s going on here to as many people as possible. To do that we want to get the festival present as many places online as possible.”

By that, he meant covering the event on multiple platforms. Its Tumblr blog, for example, aggregates quotes emerging from the speeches and panels, including insights from Justice Stephen Breyer, Obama’s senior adviser David Axelrod, and, of course, Tom Friedman. “We extended our efforts to creating festival-specific Twitter accounts and Facebook pages,” he said. “In the past we’ve just been operating under the accounts of the Aspen Institute, but this year we wanted people to realize the difference in the brand of the Aspen Ideas Festival.”

Harris and his team also partnered with Foursquare to create a conference-specific page. “Part of the reason folks come here is because they want to know who else is here, to be able to connect with them,” he said. “This was a great opportunity to work with Foursquare to provide a check-in service for people to use regularly to get around campus. So we got in touch with Foursquare and they helped us create a page and advertised that on their homepage as a newer destination for people to check out. For the festival, we have not just what’s happening on campus, but what’s happening in the town of Aspen this week. So with the Foursquare page we can tell them where tickets are available for different sessions, but we can also tell them how to find out information about things happening around town as well as on campus, both so the folks know we’re here and also to use Foursquare as a way to advertise and connect with the community. We do a lot of one-off sessions that we want to engage with the local town of Aspen on.”

The benefits of using festival-specific hashtags and Foursquare check-ins is twofold, Harris said. Obviously, it encourages conference goers to communicate with each other, but it also allows his staff to sit back and watch the burgeoning trends that emerge from the conversation; if a speaker says something newsworthy, for instance, Harris will see a sudden flurry of tweets, and his team can focus on that particular session when they’re deciding what speeches to highlight on the festival’s website or its Tumblr page.

Perhaps the festival’s largest endeavor was to have each of its panels, speeches, and events live-streamed and recorded on video. To do this, they partnered with FORA.tv, and the company’s video capabilities allowed the conference to charge a premium to users who want to watch the events live while also giving the organizers plenty of material to post on the website — both during and after the festival (the conference is also using non-FORA.tv video streaming services as well). And by monitoring what speeches and quotes are getting the most buzz on Twitter, Harris is able to splice video snippets and quickly upload them to the event’s social media channels to push them out to the public.

Given how each year conferences become increasingly amenable to social media, I asked Harris if more news has emerged from the festival over time: “The past couple years, we’ve seen news coming out of here at a faster rate,” he replied. “Not necessarily more news is being made, but we’ve seen news coming out of the festival a lot quicker and from a lot more sources.” As it turns out, Tom Friedman’s thoughts — much to Salon’s chagrin — may actually have some worth after all.

Read next: Well this is one of the cleverest ways we've seen someone use Twitter to get hired