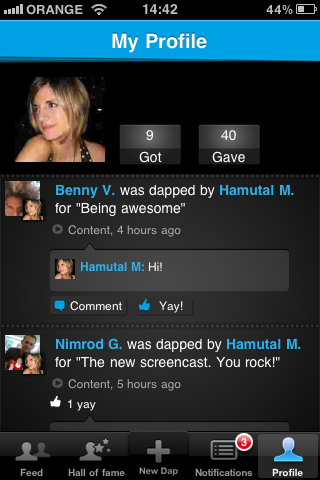 When I began speaking to Ryan Ozimek on the phone, the first thing I asked him was how – in a world where a social networking site gets major coverage for surpassing 10 million users – an open source product like his can quietly reach over 20 million without much fanfare.

Ozimek, president of the nonprofit that oversees Joomla, the product in question, told me that nonprofits often have less incentive to publicize such milestones. “Joomla isn’t a corporate enterprise,” he explained. “Joomla is made by developers around the world freely giving their time to something they’re passionate about and is managed and run by a leadership team and a nonprofit organization that doesn’t really have any financial stake in the game.

“They’re just doing it because they love it and they want to volunteer for it. So our efforts for marketing are going to be quite different from those venture-backed companies that have people that have invested millions of dollars who want to double or triple that investment. The investment in the Joomla world is of people’s time and passion. Not necessarily their money.”

Given this, the metrics the product has accomplished are impressive. In May, it was downloaded for the 23 millionth time. An internal audit of all the government sites that use Joomla, a website content management system, has documented more than 2000, including NASA, the US Air Force and US Army. Its newest version has been downloaded 1,727,709 times as of May 31 and at least 7,613 extensions of the product have been created. And these are just the metrics they can track.

“One of the challenges is that we don’t have a centralized delivery network that everyone must use,” Ozimek said. “With Joomla you have the freedom to use the software on any network you want, wherever you want. It makes it easy for you to use, but it’s difficult for us to track the number of users. But with that said, the number that we do have is the 23 million downloads of Joomla from our own repository. We know Joomla is translated into more than 30 languages of which they have their own versions for those languages, like French, Spanish, and German. We know that in our international forum website there are more than 480,000 registered members and we’re signing up more than 220 new members every day. So that gives us some base understanding of how you can quantify the growth of users.”

Joomla is, unsurprisingly, a free service. The nonprofit is funded by the sponsorship of events and through Google Adsense ads that are placed on the sections of the site where users go to download add-ons. Its user base is diverse, Ozimek said, made up of end users that are implementing content management systems for clients, low-level designers, and small businesses and organization leaders that need to run a website effectively with a content management system that’s easy for them to use. “There are also the hardcore engineers and developers who work with Joomla because the underlying code base allows them to extend the framework so they don’t have to write a bunch of code to get their new application up and running,” he said.

So why is Joomla able to thrive among other widely used content management systems like Drupal and WordPress? “It’s really grown a lot, especially over the course of the last three years,” Ozimek said. “I think it’s because when you compare it to other tools, like Drupal or WordPress, it has a nice balance between ease of use for the average end-user and serving as a tool set for developers – a framework that allows them to build their own web-based applications. By striking that balance we’re able to have a growing community because we’re able to track both the developers – the ones who want to write their own applications – as well as the average end users who wants to use us for blogging, building their own content management system, or website.”

Read next: A complete video tour of Google+ featuring Mobile, Sparks and Circles