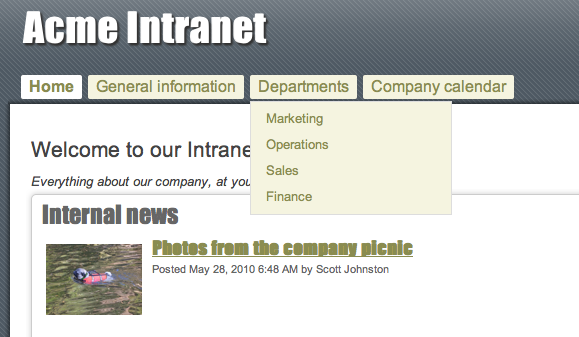 Today, a new site called “Most Interesting People in the Room” launches as a new, incentivized way for highly intellectual and curious people to communicate, forum style on the Internet. The site’s founder, serial entrepreneur Colin Wright, explains the inspiration behind his new site:

“I was in Thailand on an island with a group of friends. We had this great night on the beach getting into these semi-drunken discussions. While everyone experiences these kinds of conversations, with certain people those discussions get taken up a notch and life changing ideas are put into your head. It was one of those nights, and I thought, I have a lot of these kinds of nights because I travel and am able to meet people; instead of just having Twitter conversations or Skype calls, I can have a deeper exchange of ideas.

The concept for Most Interesting People in the Room came from trying to take those deeper connections with people and put it on the Internet. Because, unfortunately now on the Internet people dumb down what they want to say; most newspapers are on a 5th grade reading level. We needed a site for trend-setting, future thinking people. A place where people won’t care if you sound too lofty; a place for you to be as intelligent and interesting and forward thinking as possible. Just be prepared to be challenged and don’t be afraid if someone debates with you; they’re targeting your idea not you.”

Wright first launched The Most Interesting People in the Room (MIPitR) in October 2010, but had to put the project on the back-burner while he and his co-founder Andrew Elkins rebuilt it. In order to maintain platform autonomy, Andrew took a template from Software Xenforo, tore out the insides and rebuilt the site to address their particularly payment system needs and better tools for more user interaction.

Here’s how that works:

Anyone can read the blog and the forums for free. They can even make a profile within the forum, they just can’t participate in the discussion.

A paid membership is $10/month, and this allows you to get down and dirty in the trenches, interacting with other users, send messages, award points, etc. Colin says, “It makes you a full citizen of MIPitR, while the non-paying folk are Puerto Rico (able to benefit from the site, but they have no real voice).”

Topics for the blog are determined within the forum, where members can award other members with points for their commentary. Each week, MIPitR looks at the posts and comments with the most points, as well as the new entries in the ‘Blog Proposals’ room, where members can pitch blog ideas directly.

At the end of each month MIPitR tallies up the money that comes in from memberships, and then each week they check out the posts in the forum and the blog pitches (in a forum section made expressly for the purpose) that received the most points. They then choose one of the options presented, and ask an author a week to write a post. The payment for that post will be 10% of the total income from the previous month.

In a time when sites are having trouble getting their readers engaged, a reward system a la Foursquare for readers seems to be a good approach, for now. Colin fears that awarding points for Likes and Comments will not be enough, which is where he sees the monetary system literally paying off. The membership fee also creates a desired barrier to entry to keep trolls out. In addition, since the payment system is on a sliding scale, it creates incentive for users to bring more people into the forum. In the future, Colin says they might take on sponsors but for now the idea is to pay to get as much new content created as possible.

The idea is to innovate in the forum layout and Andrew, whom Colin met while playing Ultimate Frisbee in college, happens to build softwares that builds forums. I asked Colin, “Is this the future of forums, perhaps a new kind of journalism?”

To which he responded,

“I don’t think anybody really knows what the future of this discussion is going to be. People are fed up with commenting systems; I very seldom leave comments anymore. MIPitR is an experiment to figure out what we can do to make it easier for people to have these long from conversations on the Internet, to figure out what encourages people to have these conversations. So much of the “conversation” online today is the equivalent of yelling, “FIRST”, and then saying “Hey, good idea!” So, how do we encourage better comments? Is it with badges and trophies? Or do we have to make it financially viable?”

Who knows what the future may hold, but Most Interesting People in the Room is certainly an intriguing and potentially viable experiment in “unapologetically intellectual discourse” on the Internet. Finally, in case you don’t know much about Colin, we’ve written about him before when his indie publishing platform EBookling sold 1,000 e-books in two weeks. 10 Things You Probably Didn’t Know About Colin (from his introductory blog post on MIPitR):

Colin says: head over to the new site and check out the forum, make yourself a profile, play around a bit. And also, follow @mipitr on Twitter.

Read next: An Interview with Lexalytics: Understanding text analytics technology